Today is the 70th anniversary of D-Day.  I am grateful for the sacrifice of the soldiers of WWII.  They have left a lasting legacy and will not be forgotten.

Looking at the promotional information I have received, I look forward to watching this film.  It looks excellent! 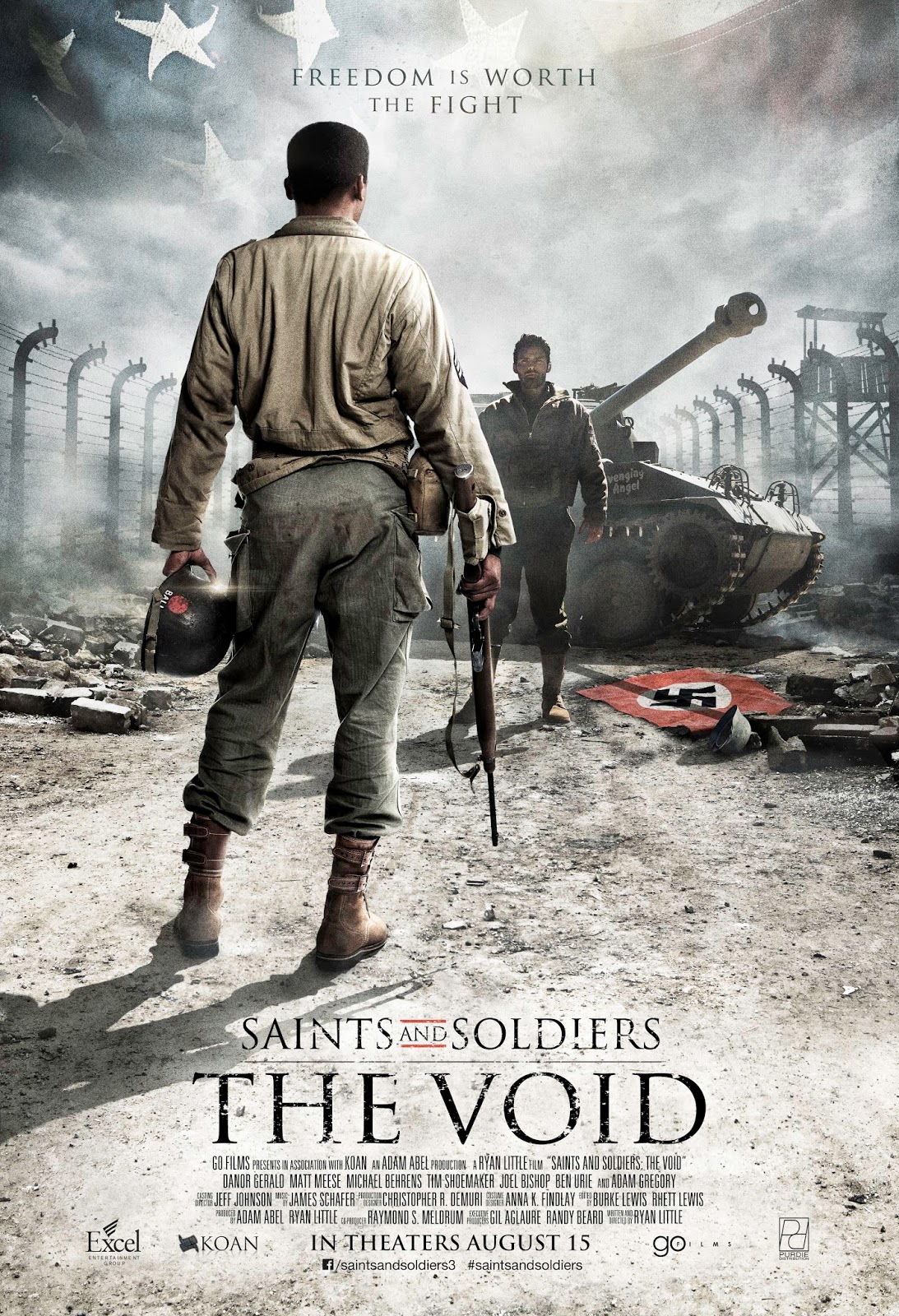 Saints and Soldiers: The Void in theaters August 15th

Germany, May 1945, the twilight of WWII.  On a final mission deep in the Harz mountains a U.S. tank crew discovers a platoon of Germans, including three infamous Panzer tanks, preparing to ambush allied supply trucks.

Before the war, private Jesse Owens, was a product of segregation and racial discrimination. Forced by law to ride in the back of the bus and disenfranchised from the political process. Now, Owens fights the greatest tyrant in history, knowing the tyranny of racism will be waiting for him back home if he can survive the war.

With a deadly game of cat and mouse quickly unfolding, Owens and his predominantly white tank crew find themselves out-gunned and out-manned by the German Panzer tanks.  Several in Owens’ crew are reluctant to put their faith in a black tank driver despite their dire circumstances. As the German tanks bear down on his unit, Owens has to fight for freedom on two fronts. With tension and fear beginning to manifest Owens knows they must put aside their differences to stop the enemy from their deadly plan.  Knowing that a victory over the Nazis means a victory for racial justice, Owens and his men find a way to work together to save hundreds of lives in a desperate battle against the greatest odds they have ever faced.


"As we approach the 70th anniversary of D-Day, we pause to honor those who demonstrated unselfishness and commitment to freedom. The tradition of unselfishness continues today. God Bless those then and now who serve our country."
~ Adam Abel, Producer

"During the original SAINTS AND SOLDIERS film festival run around the world we were honored to meet many WWII Veterans in person. It has been 10 years now. Many of those Veterans have passed. For those WWII vets remaining and all men and women of the armed forces since we salute you. The SAINTS AND SOLDIERS movies are intend to honor you."
~ Ryan Little, Director

"Our reason for making SAINTS AND SOLDIERS: THE VOID was to explore the story of those African American soldiers who fought for freedoms abroad they didn't entirely enjoy at home. We learned from their stories freedom is and was worth the fight...regardless of race."
~ Adam Abel, Producer

Find another exciting trailer  (and surprise actors) at LDS Living.