Deadly Alliance by A.L. Sowards
My rating: 5 of 5 stars
Source: Received from the publisher to review
Genre: Historical Fiction (WWII)

Book Description: When Peter Eddy and his commando team inadvertently upset the Soviets during their most recent mission, they never imagined the diplomatic nightmares that would ensue. They have one chance to redeem themselves: tasked with destroying a bridge in Nazi-occupied Bosnia, Peter and his war-weary team reluctantly agree to drop behind enemy lines. The assignment should be a simple one—were it not for the fact that they are being deployed on a suicide mission.
Genevieve Olivier is devastated by the news of Peter’s disappearance. After all they’ve endured in this war, the determined OSS worker is unwilling to simply let go of the man she hopes to spend her life with. Desperate for information, her work as a courier soon escalates into a counterintelligence duel with a Fascist assassin—and Genevieve is his newest target . . .


My thoughts: This is the third book in this series. It began with Espionage. Each book has added another layer to understanding the horrors of living in Europe during WWII. I have enjoyed my journey with Peter Eddy and his amazing companions. They bravely go and help others, sacrificing themselves.

The book begins as Peter is forced to go on another mission. He and Genevieve have just been reunited, into to be torn apart as each has a duty to fulfill. This book focuses on the civil war in Yugoslavia. This is an area of history that I am unfamiliar with. The war was brutal. It is heart wrenching to learn of villagers killed, only because they were on another side of the conflict.

This book adds depth to the characters. They are tested, almost beyond what anyone can endure, but the succeed and excel. Friendships are tested and strengthened in this story. New characters are introduced that you can't help but love and respect.

The book is full of action, violence, and death. There is also a little bit of romance. This book keeps you on your imaginary toes. Just when you think you know what is going to happen, things change and the story progresses in another way. You know the outcome of the book, because it is historical fiction, but you don't know what will happen to the characters you have come to love.

My admiration for the abilities of A.L. Sowards continues to grow. I love her writing. She does an amazing job of setting up the story and bringing the action and images to life. Her research is well done. I look forward to see what she has to offer in the future.


If you haven't read the first two books, I highly recommend them. 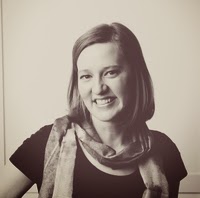 About A.L. Sowards: A little mystery, a little history, a little romance, and a lot of action, adventure, and suspense. Primarily, I write to entertain. I also hope my books will teach readers something new about history or about life. My books are usually set during wartime, so there is some violence, but I keep the language and romance family-friendly. My goal is for my writing to be thrilling, clean, and uplifting.