"Until Next Time" by Amy Lignor - review (Blog Tour)

Until Next Time by Amy Lignor

My rating: 3 of 5 stars
Source: Received to Review by participation in this blog tour
Genre: Angelic YA

Description from Goodreads: How does a girl choose between the one who steals her heart and the one who owns her soul?
Matt and Emily were created for a specific job. Raised and trained as the ultimate angel/warrior team, they are sent down to save, defend, judge and forgive, depending on the 'life' they've been assigned. What they don't realize is that the power of human emotions, such as love, anger, passion and fear can take over even the best of souls, causing them to make mistakes and follow paths that lead to confusion and heartache. When the reason for their training is finally revealed, the angel/warrior team find themselves thrust into a world they know nothing about. Matt takes over the life of Daniel, a young man with a great deal of baggage. Emily becomes Liz, a girl living in a remote village who relies on nothing more than her own strength to survive. A violent storm erupts one night, and framed in the window of Liz's establishment is a frightening face. Let in by the soul of a Good Samaritan, the two visitors bring with them a past full of secrets that could literally change an angel's path and a warrior's plans. From murder to redemption, this angel/warrior team must find a way to keep the faith they have in each other in a world that's ripping them apart.

My thoughts: Matt and Emily live in heaven in the angelic realm. They have trained to do their jobs. Emily is an Angel and Matt is her protector warrior. They are to help humanity and help each other. They need each other to do their jobs correctly.

They are given an opportunity to come to Earth and inhabit "shells". They jump into the lives of Liz and Daniel. Their job is to find out why humanity on the decline by living as a human. They are like us, they do not remember their heavenly home.

They find that life on Earth is not easy. They face many trials and overcome many obstacles.

They story mainly focuses on Emily/Liz. She is there to help Jason. Falling in love with him was not part of the plan. While she fights her feelings for Jason, she deals with the bond that she feels for Daniel.

This book takes a unique look at heaven and the role of angels. The antics of the saints were cute, but not very angelic. I like that Amy imagined them with a sense of humor, what would heaven be if you couldn't enjoy yourself and have fun?

The book bounces back and forth with Emily's life on Earth and seeking advice from her mentor's in heaven. The story is a little slow in the beginning but picks up toward the end. I like the way that Amy showed what Emily's role in the life of her friends on Earth is. I felt bad though, and wish a happily ever after for Emily. But, this is the first book in a series. Maybe in subsequent books we will see Emily on Earth and experience her life as a human angel.

This book is fairly clean.  There is mild swearing and sexual innuendo. 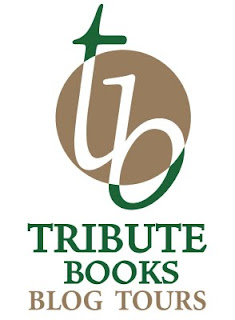