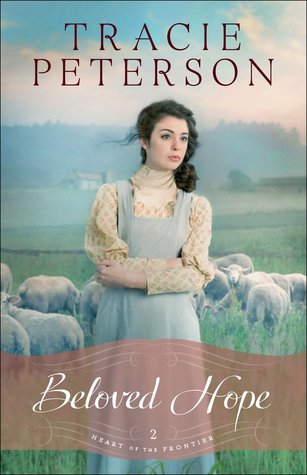 Book Description:  A Compelling Novel of Forgiveness and Hope from Leading Author Tracie Peterson
Hope Flanagan survived the massacre at the Whitman Mission, but at terrible personal cost. Safe now in Oregon City, she lives with her sisters, Grace and Mercy, and Grace's new husband, Alex. As she spends her days tending their flock of sheep, Hope's mind and soul are slowly healing. Yet, though she was once surrounded by suitors, she has no interest in giving her heart again after the man she loved died in her arms.Hope's precarious new peace is shattered when those responsible for the massacre are captured and put on trial. She is asked to testify against them, but she's not sure she can bear to relive the events of those horrific days.As Hope struggles to free herself from the pain of her past, Lance Kenner, an Army lieutenant, brings an unexpected ray of light into her life. But what will Lance think of her if he learns the truth behind her anguish? And what secrets lie in his past?


My thoughts: Wow! It is hard to find the words to express the emotions that I am feeling at the end of this book. Tracie Peterson has taken a difficult subject and left me with a feeling of peace. The first book in the series was hard to read, the characters suffered at the hands of others. It was a book of understanding. This book is one of healing.

The book starts as Hope is asked to testify against the men responsible for the Whitman Massacre. The range of her emotions is understandable and reasonable. It is hard not to hate the man who repeatedly raped you and killed the man you love. Army Lieutenant Lance Kenner keeps her from making a mistake that would effect the rest of her life.

The romance starts slowly. They are friends. I loved that it wasn't rushed, part of that was Hope's need to heal and come to terms with her past. Lance is understanding, sympathetic, and very good for her.

Hope has an excellent support system. The bond between the sisters has grown stronger and they truly love each other. It would be nice if everyone who had gone through trauma had sisters like Grace and Mercy.

I feel as if Tracie Peterson was able to establish the feelings between the white man and the Native American in a fair way. Tensions were high in the Oregon Territory in the 1840's. The white man encroached on Indian territory and threatened their way of life. Both sides of the dispute are presented. This story is from the view point of a white settler victim, but some of the characters have Native American friends. I felt compassion for all of the people in the story.

This story has a strong Christian theme. Hope is learning to have a better relationship with God and to trust Him as she struggles with her fear and hatred. I love how this was presented. There is so much hope and forgiveness in this book. It is inspiring.

The book does have some violence and the mention of rape in the past. 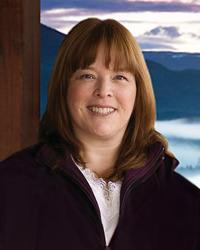 About the Author: (Taken from Goodreads) Tracie Peterson is a bestselling author who writes in both historical and contemporary genres. Her novels reveal her love for research as well as her strong desire to develop emotionally meaningful characters and stories for her readers. Tracie and her family live in Montana.
Visit her Website!
Posted by Bookworm Lisa at 11:36 AM