A Date with Danger by Kari Iroz~ I LOVED this book! (+ tour giveaway) 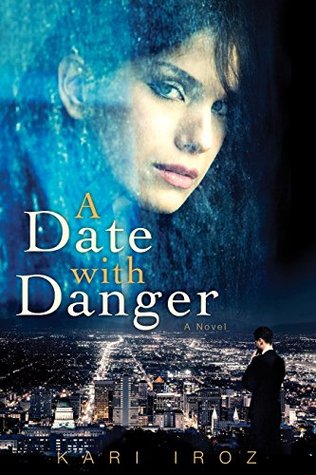 A Date with Danger by Kari Iroz
My rating: 5 of 5 stars
Source: Received from Publisher to Review
Genre:  LDS Suspense/Romance


Book Description:  She just wanted to shake up her love life. Jacklyn (Jack) Wyatt is the typical twenty-five-year-old living the typical Provo single life with the typical bad luck—at least until the FBI recruits her for a completely different type of dating.

A young woman has gone missing, and all signs point to her online dating profile as the kidnapper’s operating ground. But when suspects who crossed paths with the missing girl begin contacting Jack, the FBI sees its opportunity for an inside man—er, woman.
Now Jack will have to play the field, dating each of the men in an attempt to weed out the kidnapper. But with such an unusual array of characters vying for her attention, pinpointing the culprit may prove even harder than finding Mr. Right. And as more young women disappear, will Jack stay professional and objective, even with the handsome Special Agent Damon Wade just a whisper in her hidden microphone away?


My thoughts: I loved this book. The main character, Jack, was one of my favorite characters to date. Her snarky and humorous personality really made the book a pleasure to read.

Jack (aka Jaclyn) is twenty-five living in Provo, Utah. She is single and half-heatedly dating. She goes through the motions but doesn't expect a lot from the guys she goes out with. She is self-deprecating and doesn't have high self-esteem. She comforts herself with food and isn't ashamed of it. It's her sarcasm that really came through the pages and the fact that she doesn't conform to others expectations that made her so lovable to me.

Jack's sister made a profile for her on an on-line dating site. The men who are interested in going out with her showed interest in a woman who has disappeared. The connection seems to be the web interest. Jack is asked to be a civilian "spy" to see if they can apprehend the kidnapper before he can "strike again."

I know when I was dating several years ago, I went on some very bad dates, but Jack's experiences really are horrible. The book is almost a catalog of the worst dates imaginable. I know that I cringed at many of the men that she found herself with. The bright spot was the FBI agent who was taking care of her. Damon is the stable part of the characters. He handles her personality well. They are opposites and in this book opposites do attract.

The book does have mystery and suspense. Time is running out to try to find the kidnapped victim. There is a little bit of violence, some innuendo, and kissing. The book is set with LDS characters. Religion is a part of the story and important to some of the characters. I didn't find it preachy, but more of a soul-searching aspect. Two people trying to figure out what is important to them in their lives.

I read this book in one day. I didn't want to put it down, even when I had meetings that I needed to attend.