Her One and Only by Becky Wade 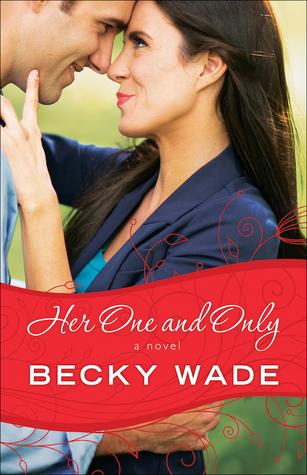 Her One and Only by Becky Wade
My rating: 4 of 5 stars
Source: Received from Publisher to Review
Genre: Contemporary Christian Romance

Book Description:  Gray Fowler, star NFL tight end, is being pursued by a stalker, so his team hires a protection agency to keep Gray under the watch of a bodyguard at all times. When Gray meets Dru Porter, an agent assigned to him, he's indignant. How can an attractive young female half his size possibly protect him?
But Dru's a former Marine, an expert markswoman, and a black belt. She's also ferociously determined to uncover the identity of Gray's stalker. And she's just as determined to avoid any kind of romantic attachment between herself and the rugged football player with the mysterious past. But the closer they get to finding the stalker, the closer they grow to each other. As the danger rises, can Dru and Gray entrust their hearts--and their lives--to one another?


My thoughts: This is the fourth book in the Porter Family Series. Each book features the romance of one of the Porter children. Dru is the only girl and the fourth child. I have read ALL of them and I am very happy that I did!

Dru has been through a lot in her life. At twenty-six she has seen things as a marine and a body guard that are hard for a person to deal with. She has stamina, wit, and a backbone. She stands up for what and who she believes in. She is a feisty character that is a whole lot of fun to discover.

Gray is a professional American football player who is receiving death threats. Dru comes into his life, as his bodyguard. The two of them from the start instinctively know how to push the other. The chemistry between them is undeniable.

The story is about two people who want to protect the other. It's about their personal feelings and attraction for each other. Both have baggage from the past that inhibit them from sharing with the other their past and feelings. The suspense in the story is secondary to the couple figuring themselves out and where they want their relationship to go.

I enjoyed this book. I'm in the middle of a home improvement project, but my goals came secondary to the book. Who cares about a messy house and the paint brushes that need to be cleaned out when there is a great book to read?

About the Author: (taken from Goodreads) During her childhood in California, Becky frequently produced homemade plays starring her sisters, friends, and cousins. These plays almost always featured a heroine, a prince, and a love story with a happy ending. She's been a fan of all things romantic ever since.

Becky and her husband lived overseas in the Caribbean and Australia before settling in Dallas, Texas. It was during her years abroad that Becky's passion for reading turned into a passion for writing. She published three historical romances with Avon Books, then put her career on hold for several years to care for her three kids, then recently returned to writing sheerly for the love of it. She felt led to move to the genre of contemporary Christian romance and couldn’t be more thrilled with it. These days Becky can be found failing but trying to keep up with her housework, sweating at the gym, carting her kids around town, playing tennis, hunched over her computer, eating chocolate, or collapsed on the sofa watching TV with her husband.