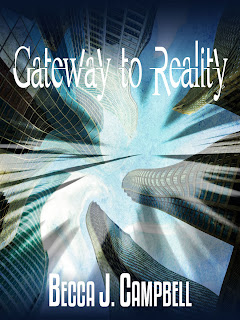 Talented artists shouldn’t be waiting tables, scraping by, and living mediocre lives. But that’s exactly what art school graduate Wes Teague is doing.
Then he wakes from a bizarre dream, haunted by the sense that his life isn't real. A harrowing truth presents itself--the real world lies in his dreams, not when he's wide awake.
The dream world he enters each night is rich and vibrant. Chicago appears the same on the surface, but chaos runs rampant as gravity, physics, and other laws of nature become fluid, changing unexpectedly. There, Wes's parents, brother, and sister are strangers. His girlfriend Emily doesn’t recognize him. Wes longs to return, to unlearn the truth about his dual reality.
Wes would sacrifice almost anything to get back to blissful ignorance in a false world.
But now he has feelings for the real Emily.

Welcome to Day Eight of the Gateway to Reality Blog Tour! Thanks so much to Lisa for having me on her blog. Read on to hear more about this New Adult novel that merges Urban Fantasy and Science Fiction, and be sure to enter the giveaway below for the chance at one of three awesome prize packs!

Gateway to Reality explores the idea that our world isn’t real but our dreams are. Real life is known simply as the Existence, and it consists of many worlds. One of my favorite places in the book is a restaurant called Sea Clearly. Here’s a short excerpt describing this setting:

“The entire place was constructed of clear glass, and all the walls were filled with water. Exotic fish of all kinds swam between the panes. The walls were undulating curves as if they mimicked ocean currents.
Several patrons sat at a curving bar at one side of the restaurant. Beneath the thick glass counter, fish were illuminated by a hidden light source. Some shimmered and others glowed. Watching the sea life swim all around him gave Wes the strange sensation that the entire place was moving.”

Wes and many of the other Creatives hang out at Sea Clearly. His girlfriend Emily created the place, inspired by her love of sea creatures and aquatic life. Sea Clearly is an important location in the book, and many key scenes occur there. When writing the novel, I dug into my memories of dining at the aquarium restaurant in Houston, but endeavored to make Sea Clearly top even that. By the end of the novel, I was pretty attached to this fictional place. The first draft of Gateway to Reality lacked one of the book’s pivotal scenes. Back then, I didn’t yet know what would happen at Sea Clearly in Chapter Nineteen (you know what I’m talking about if you’ve read the book), though I knew I needed to add another scene to increase the tension between Wes and Emily and deepen their relationship through shared hardship. My worlds are somewhat like characters, in that I can get a little attached to them. Emotional attachment to fictional things can be bad for a writer because often we want to keep them safe. Niggling somewhere in the back of my mind was the desire to protect this place. But when I eventually let that go, I discovered an amazing new scene idea. This became the fateful Chapter Nineteen, which entirely changed and improved the story.


And Now for the Good Stuff—A Giveaway

I’m giving away several prize packs to celebrate the book’s release. (Want to see the prizes? Go here to have a look!) The Grand Prize is a Chicago-theme prize pack and it includes:
The Second Prize is:
The Third Prize is the full Becca J. Campbell ebook library (your choice of Kindle or ePub version):

The Scavenger Hunt Blog Tour is on!

Wes visits many worlds in the Existence. Here’s your challenge in this scavenger hunt: Collect the names of the fifteen worlds in Gateway to Reality (one will be revealed each day). Following the schedule above, collect a world name at each stop, and when you have them all, plug that list of 15 worlds into the giveaway below to win a BONUS TEN ENTRIES. HERE’S YOUR EIGHTH WORLD: The AAZ Make sure to check out Jade Kerrion tomorrow for your next clue. Or, you could grab the ebook now and read it to find the answers for yourself! Good luck! a Rafflecopter giveaway


Where to find Becca 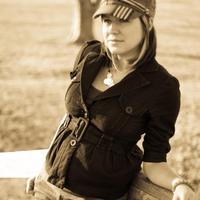 An avid lover of stories that tiptoe the line between fantasy and reality (even when they plunge off one side or the other), Becca J. Campbell looks for new angles on bridging the gap between the two. She holds a special place in her heart for any story that involves superpowers or time travel. Her passion is defying the limits of her own creativity.Becca's journey into writing began as many of her other creative endeavors do - by daring herself to try something new. The question "what if I wrote a novel?" and some hastily scribbled notes on a church handout were the inspirations that jump-started her first book. Since then, she has written three additional novels and several shorter works.As the wife of a musician and mother of three young boys, Becca's life is never dull. Whether it is writing, painting or knitting, she enjoys making stuff that wasn't there before. You can find her blog, Inspiration for Creation, at http://www.beccajcampbell.com.
Posted by Bookworm Lisa at 4:00 AM