Welcome to the big leagues. To secrets and scandals. It's all about the game. Who's playing. Who's not. Who has no idea about the game. And...wait, what game are we playing?

I'll leave that for you to decide.

Where to start is the big question for Chloe Baker. How was she supposed to explain to Zack Warren that she started a fan club for him when she was a kid? It was just a game. A way to make friends and have fun. She never thought it would spiral out of control. And never. In a million, gazillion years, did she think it would follow her to college. How could she tell him her best friend Lana kept the club alive? That she had nothing to do with the craziness?

Chloe didn’t understand why she cared so much about Zack's opinion of her. She hated him. He hated her. They had very mutual feelings of dislike for each other. So he'd just hate her even more when or if he found out.

It's Zack’s junior year of college. He’s got things to worry about. Scouts from the major leagues. Baseball games. Contracts. Grades.... His father ran away to Vegas with Chloe's mother. He didn’t have time to worry about a girl. But he did. He worried about Chloe a lot, especially with that jerk Max sniffing around her. It's weird though, to like your stepsister, right?

But Zack could argue that he saw Chloe first. Way before his dad met her mom. He was too young to stake a claim. But he just doesn't care anymore.


My thoughts:  Zack has been the object of Chloe's attention for a long time. In fact in elementary school she created a club in honor of Zach. It was fun and a way to get together with her friends, she never expected it to continue in college. In fact, she wants it to end, but it just keeps going...

To make matters worse, Zack has just become her stepbrother. She is desperate to keep the secret of the club, but her best friend isn't doing so well in keeping confidences and friendships.  She is afraid of what Zack will think and that someone will have hurt feelings.

For Zack, Chloe has always been the girl that he has secretly admired, but not wanted to get close to. He knew if he did, it would be beyond friendship for him. He will do anything to keep her safe and away from the guys who want to use her.


The book was written in a fun and light voice. It alternates between Zach and Chloe's point of view. I really like that we get to know where both of them are in their opinion of each other.  There are some grammatical errors, but I really didn't detract from the story for me. 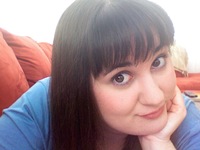 J.C. Isabella is the author of Chasing McCree and The Unofficial Zack Warren Fan Club. Ever since she discovered romance novels in high school, she has been a self proclaimed fan. This led to penning her first YA . When she isn't thinking up new recipes for the cookbook she hopes to one day write, she is brainstorming a new novel and listening to country music. She lives in the tropics of Florida with her big fat Italian family and ornery feline companion.


Nostalgia is for idiots and Zack Warren is trouble.
I knew it the first time I saw him in second grade. The boy had heartbreaker written all over him. He was two years older, wiser. He did a back flip off the jungle gym, landing right at my feet with a cocky grin, getting dirt all over my new pink Keds.
He didn’t apologize.
Instead he dropped a lizard on my head and called me prissy.
Despite the fact that we didn’t hit it off on day one, I harbored a huge crush on Zack, my first ever. In the third grade I started a club. Girls only. We dubbed it an unofficial club because we thought some powerful person, like Oprah, had to deem it official.
We have since discovered that is not true, but the name had a nice ring to it.
During our unofficial meets we talked about Zack, spied on him, and risked being found out on a regular basis. What a rush, seriously. It was going great. The group accepted new members, and we even drew up plans for a clubhouse. I invented a fun game and made new friends.
Then, when I was in the fifth grade, Zack stole the streamers off my bike.
I cried, and made the very rational decision to hate him until the end of time.
This effectively ended my reign as leader of The Unofficial Zack Warren Fan Club.
********************

*Disclosure of Material Connection: I am a member of Reading Addiction Blog Tours and a copy of this book was provided to me by the author. Although payment may have been received by Reading Addiction Blog Tours, no payment was received by me in exchange for this review. There was no obligation to write a positive review. All opinions expressed are entirely my own and may not necessarily agree with those of the author, publisher, publicist, or readers of this review. This disclosure is in accordance with the Federal Trade Commision’s 16 CFR, Part 255, Guides Concerning Use of Endorcements and Testimonials in Advertising*

Barnes and Noble
Posted by Bookworm Lisa at 4:00 AM