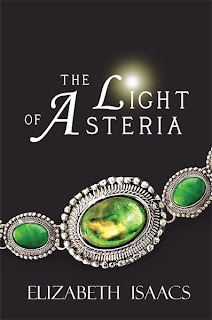 The Light of Asteria: Kailmeyra's Last Hope by Elizabeth Isaacs
My rating: 5 of 5 stars
Source: Received to reveiw  through ATOMR tours
Genre: Fantasy YA

Book Description: If Nora Johnson hadn't been on campus that day she would have never known her true destiny. Helping her friends move into the dorm that she wanted to call home, Nora accidentally collides with mysterious stranger, Gavin Frey. His very first touch sends flames through her heart. The world seems different-something within her has changed.

Nora tries to resume her mundane life, but she is now consumed with the one whose very presence ignited her soul, the one with eyes of emerald. Nora soon learns that an energy buried deep within has been unleashed. She now wields unimaginable power and has become Gavin's source, his strength.
Her newfound joy is shaken when she discovers that Gavin is not who he appears to be and she has been thrust in the middle of a war of mythical proportions. Negativity has allowed all things evil to flourish, the earth is under siege. The fate of creation hinges on the power within her heart. Will she be strong enough to survive?
A gripping tale of unbounded love and ancient power, The Light of Asteria will take you on an epic adventure filled with war, treachery, and demons, as well as unimaginable delights.

My thoughts: Nora is not your average young lady. She has a sad past. She is  very loyal to her friends and family . She is not going away to school so she can stay home and help out her aging foster mother.  Too bad all foster parents are not  like her foster mother, she is and inspirational character.

She helps her two friends move into the dorms when she literally bumps into a young man who she feels an instant connection to. It doesn't take long until he becomes her focus. The great thing is that he is just as interested in her.  His name is Gavin and he is a  male lead who is swoon worthy.  He is not what he appears to be at first.  He lives with his "family" a collection of couples who are living nearby.

This takes the story into a fantasy realm. There is danger, good vs. evil, love, friendship, and. betrayal, and self discovery.

One of the qualifications for a book to receive a 5 star rating from me is that I can't put it down. This book filled that requirement. When I was about 3/4 of the way through I went to Amazon and downloaded the second book.  I wish that I could dig into at this moment.  I have a couple of blog tours that I need to take care of first. :(

I can't wait to find out what happens next. This book is suitable for teens on up who can handle some intense kissing and violence. 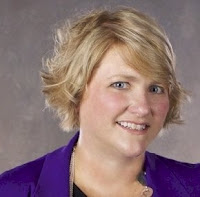 About Elizabeth: I have my master’s in music performance and at one time considered a career in opera. My teacher’s heart wouldn’t stand for it though, and so we moved back to Kentucky and I found a wonderful elementary school that needed me; I’ve been there for thirteen years now.
Books have been a part of my life for as long as I can remember, and I’ve always been a closet writer. Though it wasn't until recently that I found the courage to share my work with the world. The Kailmeyra series will be complete in the spring of 2013 with the release of the final book, The Heart of the Ancients.

The second book is The Secret of the Keepers! As I stated above, I WILL be reading this book. :0)

Here is the book description: Life for Nora couldn't be better; she has married the man of her dreams and loves living in the pristine land of Kailmeyra.
That is, until the darkness threatens her perfect world.Now war is upon the land. She and Gavin must strengthen their clan and prepare to fight. But the enemy has an ally—one that not only wields power, but holds knowledge of the ancients' secrets. Secrets that could destroy creation itself.As the darkness grows, doubt seeps in ... protectiveness hinders progress ... and the unthinkable comes to pass.Bewildered and alone, Nora shoulders the responsibility of leading an entire race to war. As she struggles with decisions that seem impossible to make, she is haunted by one choice."No one has ever doubted that you would die for those you love. The question then becomes ... would you live?"

See all of the tour stops! 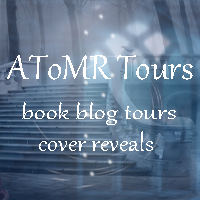 Both of these books are offered for Amazon kindle for $2.99 The Secret of the Keepers