Today I am celebrating.  I just got home from spending four days in the hospital with my son and I have over 300 hundred followers.  My goal with the Dreaming of Books blog hop was 250, it has been surpassed.

Also, my son does NOT have to have a pic line put in, and then six week of antibiotics.  His recovery has been rapid and now the doctors think it might not be staph after all, but some other nasty bacteria like ecoli, (still don't know how to spell it and I am too tired to care right now!)  The only way to know for sure would be to do a biopsy.

Anyway, I feel like a celebration is in order.  So, I am going to do a giveaway.  I have thought about this, and I would like to make this international and to offer three books.  I will have them shipped from the Book Depository, so it's international if they ship to your country.  I wanted to spotlight some fabulous books, so I decided to do it as a book giveaway instead of a gift certificate.  There will be three winners, one for each book.  All book descriptions came from GoodReads.

I read and really liked this one. 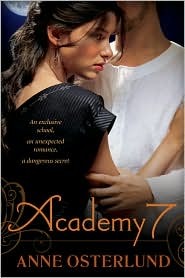 Aerin Renning is a scarred fugitive, Dane Madousin a rebellious son of privilege. On the surface, they have nothing in common. But the two most competitive freshmen at Academy 7 share an undiscovered bond. Both harbor a dangerous secret that threatens their own destruction. And while their safety depends on their staying apart, the two are inexplicably drawn to each other. Even as unknown forces conspire to separate them, their competition turns to friendship, and their friendship to romance. Now not only their lives—but their hearts—are at stake. To survive, the two must unite all their knowledge, skills, and gifts to uncover a secret bigger than either could have imagined. A secret as big as the entire universe... 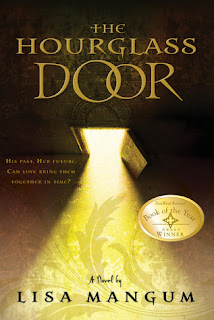 His past. Her future. Can love bring them together in time?Abby's senior year of high school is textbook perfect: She has a handsome and attentive boyfriend, good friends, good grades, and plans to attend college next year. But when she meets Dante Alexander, a foreign-exchange student from Italy, her life suddenly takes a different turn. He's mysterious, and interesting, and unlike anyone she's ever met before. Abby can't deny the growing attraction she feels for him. Nor can she deny the unusual things that seem to happen when Dante is around. Time behaves differently when they are together - traveling too fast or too slow or sometimes seeming to stop altogether. When the band Zero Hour performs at the local hangout, Abby realizes that there's something dangerous about the lead singer, Zo, and his band mates, Tony and V. Oddly, the three of them are also from Italy and have a strange relationship to Dante. They also hold a bizarre influence over their audience when performing. And Abby's best friend, Valerie, is caught in their snare. Dante tells Abby the truth of his past: he once worked for Leonardo Da Vinci, helping to design and build a time machine. When Dante was falsely implicated as a traitor to his country, he was sent through the machine more than five hundred years into the future as punishment. As the past and the present collide, Abby learns that she holds a special power over the flow of time itself. She and Dante must stop Zo from opening the time machine's door and endangering everyone's future. More than one life is at stake and Abby's choice could change everything.
Book 3: 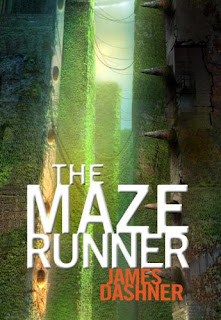 Imagine waking up one day in total darkness, unsure of where you are and unable to remember anything about yourself except your first name. You're in a bizarre place devoid of adults called the Glade. The Glade is an enclosed structure with a jail, a graveyard, a slaughterhouse, living quarters, and gardens. And no way out. Outside the Glade is the Maze, and every day some of the kids -- the Runners -- venture into the labyrinth, trying to map the ever-changing pattern of walls in an attempt to find an exit from this hellish place. So far, no one has figured it out. And not all of the Runners return from their daily exertions, victims of the maniacal Grievers, part animal, part mechanical killing machines.

Thomas is the newest arrival to the Glade in this Truman-meets-Lord of the Flies tale. A motley crew of half a dozen kids is all he has to guide him in this strange world. As soon as he arrives, unusual things begin to happen, and the others grow suspicious of him. Though the Maze seems somehow familiar to Thomas, he's unable to make sense of the place, despite his extraordinary abilities as a Runner. What is this place, and does Thomas hold the key to finding a way out?

In The Maze Runner, Dashner has crafted a creative and engaging novel that's both mysterious and thought provoking.

﻿Yes, I know, none of them are new books.  All three have been out for a bit, but, I wanted to reintroduce books that may have been outside of your radar that I enjoyed.  I hope that you will enjoy them too.
To enter: Fill out the form.  There will be bonus entries for following on twitter and subscribing to this blog by email.  The only mandatory entry is that you follow me by GFC or by Networked Blogs.  You can be a new follower, I really like new followers.  You can also retweet to earn more entries.  The retweet is under the title of the post.
Thanks for your patience with me.  This contest will end on my oldest son's birthday - January 3st. I will stop taking entries at 11:59 PM Mountain Standard Time for the US.  He will be 16, another reason to celebrate!

I just took a look at the form after posting this.  To subscribe via email will be +3 entries.
Posted by Bookworm Lisa at 2:02 PM