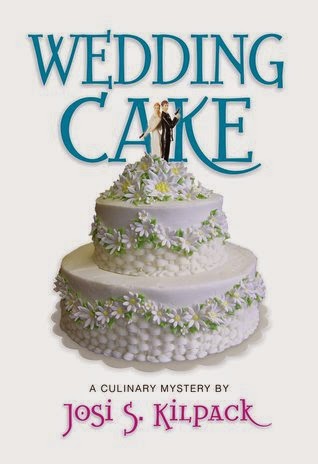 Book Description:  When Sadie Hoffmiller receives a threatening, anonymous text message just days before her wedding, she is determined not to let it interfere with the celebration she has carefully planned for months. But when the threat changes from a distant fear to a frightening reality, Sadie realizes just how much she is underestimated the situation. Desperate to put an end to the game she has been forced to play, Sadie, her fiancé, Pete, and her children pull out all the stops resolved to stop running and see justice done. What they do not know, however, is just how far Sadies nemesis is willing to go and just how many people may be hurt in the process. There is no turning back for anyone in this riveting conclusion to the twelve-volume series, and the question becomes whether or not Sadie will have a future left when the game finally comes to an end.

My thoughts: I love Sadie! She has been a fun character to read about. While I am going to miss her adventures, it's great to see her story come to a conclusion, I can't say that I have read every book in the Culinary Mystery series. There are a few from the beginning that I have missed. Josi Kilpack strongly recommends reading all of the books from the beginning before reading this one. I have read enough of them that I don't think this book will spoil the first few for me.

Sadie knows how to find trouble, I think it is her real talent. This book is no exception. The biggest obstacle is that she is getting married. Problems from her past investigations come back to haunt her and try to ruin the wedding.

This book was full of surprises, mystery, and physical threats. It was a great ending to a great series. If you haven't started reading this series, I highly recommend that you do.  Josi Kilpack has a wonderful writing style.  The characters in this series are engaging and fun to get to know.


At the top of the stairs, Shawn knocked on the door and then put his ear against it, listening for any movement on the other side. Sadie was frozen just like Shawn for ten seconds until he pulled back. Shawn knocked again, paused again, and then tried the knob. It didn’t move in his hand. He looked down the stairs and shook his head at Sadie, obviously disappointed. He headed back down the steps and Sadie, in turn, started up them. They met at about the halfway point.
“I’ll play lookout for you,” Shawn said, his expression showing his reluctance to step out of the center ring. “I’ll call your phone with any alerts so make sure you answer it.”
Sadie nodded, then stepped ahead of him and continued up the narrow stairs while wondering where Jane was if she weren’t home. She’d hacked Sadie’s email less than an hour ago, where had she done it from? Or could she have been here when she’d done the hacking and then left in order to execute the next devious plan on her list? What that might be reminded Sadie of everything Jane had already done and the resulting fresh wave of anger helped solidify her motivation for being here.
At the top of the stairs Sadie pulled out her pick set and got to work. Apparently, picking a lock wasn’t as much like riding a bike as one might think; Sadie felt as though she were all thumbs and the summer heat didn’t help as the sun at her back made her increasingly uncomfortable. She finally got the lock on the doorknob undone but then let out a breath of frustration when she realized the deadbolt was engaged as well.
Deadbolts were already the hardest type of lock to pick, but this one was particularly tricky since it was rather old. The pins were either rusted or just stiff—Sadie doubted the landlord changed the locks between tenants, which was simply an unsafe practice, not to mention creating great difficulty for her attempts to break in. She wished she’d thought to grab her WD-40 from home. It wasn’t the best product to use in a lock—it got sticky as it dried and would probably ruin the lock entirely given a few weeks to pick up dirt, dust, and metal shavings from inside the casing—but it would work for the immediate situation and Sadie didn’t keep liquid graphite on hand like she should.
Finally, with sweat dripping from her hairline and down her back, she got the last pin to pull back and the lock opened. She looked down at Shawn as she turned the knob, surprised he hadn’t come up to help her. Not that he knew anything about picking locks, but simply because of the time it took her and the increasing anxiety that each second cost them both. He just nodded and waved her inside.
Sadie pushed the door open on well-oiled hinges—not a squeak or a grind to be heard—and then shut it quickly as she blinked in order to help her eyes adjust to the darkened interior. The mini-blinds had been twisted closed, muting the daylight that could otherwise filter in but also hiding her from anyone who might see her or notice the lights on. She flipped the light switch next to the door and took in the apartment. Calling this a second floor apartment was generous; she would refer to it as an attic space since both walls sloped with the roofline.

Author Josi S. Kilpack Josi S. Kilpack hated to read until her mother handed her a copy of The Witch of Blackbird Pond when she was 13. From that day forward, she read everything she could get her hands on and accredits her writing “education” to the many novels she has “studied” since then. She began writing her first novel in 1998 and never stopped. Her novel, Sheep’s Clothing won the Whitney Award 2007 for Mystery/Suspense. Lemon Tart, the first book in the Sadie Hoffmiller Culinary Mystery series was a finalist in 2009. Josi currently lives in Willard Utah with her husband, children and super-cute cat.

Blog Tour Giveaway $25 Amazon Gift Card or Paypal Cash Ends 2/10/15 Open only to those who can legally enter, receive and use an Amazon.com Gift Code or Paypal Cash. Winning Entry will be verified prior to prize being awarded. No purchase necessary. You must be 18 or older to enter or have your parent enter for you. The winner will be chosen by rafflecopter and announced here as well as emailed and will have 48 hours to respond or a new winner will be chosen. This giveaway is in no way associated with Facebook, Twitter, Rafflecopter or any other entity unless otherwise specified. The number of eligible entries received determines the odds of winning. Giveaway was organized by Kathy from I Am A Reader and sponsored by the author. VOID WHERE PROHIBITED BY LAW. a Rafflecopter giveaway
Posted by Bookworm Lisa at 3:30 AM