Book Description:  What do Witches, Elves, and Greek Gods (Oh My) have in common? They are part of the romantic Christmas anthology, A Fantasy Christmas, written by Cindy C Bennett, Stephanie Fowers, and Sherry Gammon


My thoughts:  This book contains three short stories that are well written and fun to read.

It's not often that you can find three different genre short stories in one place centered around a holiday theme. In this book there are elves, fairies, demi-God's, and witches. Each story is unique.

The first story, ?alfling, takes the reader to the North Pole. An elf, who is half fairy, is hiding her bi-racial heritage. She is not willing to let anyone close, but romance finds her anyway.

Aphrodite takes place in regency England. A demi-God is targeted by the realm of Hades. The whole story takes place during a ball and many fun and exciting escapades are describes. Romance also blooms in this story.

The final instalment, Loving Marigold has a contemporary setting. Marigold lives in the Southern United States and is faced with many prejudices and taunting about being a witch. Her high school flame comes back into town. Their story is also cute and full of love and acceptance.

This is great chick-lit. A book that I enjoyed reading. 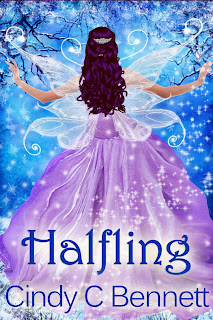 Banished from the South Pole, Kara tries to carve out a new life among the elves of the North. It’s not easy with a secret to protect—a secret she's cursed with by the unusual circumstances of her heritage: half-elf, half-fairy. In the North, she’s assigned to work with Seb on a special project. He's the most gorgeous elf she’s ever seen - and the orneriest.
As if being banished wasn’t punishment enough.
Seb introduces her to Trystin, a fairy from the nearby fairy forest. Trystin discerns her secret right away and promises to teach her how to use the powers given to her by the very thing she’s fighting to keep hidden. 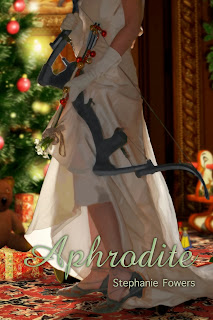 (Author of  the Twisted Tales Series, Meet your Match, Prank Wars, and more)

Nothing is simple for Aphrodite’s daughter, especially love.
Scorned by society in regency England, Affry longs for romance. Upon encountering a dashing nobleman at her aunty's Christmas' ball, Affry gets caught in a lovely intrigue with disastrous results. Worse, she wins the interest of the gods.

Now the furies of the underworld and Hades himself are after her. When all is fair in war,  Affry must use love as her weapon—but only for the one who’s stolen her heart. 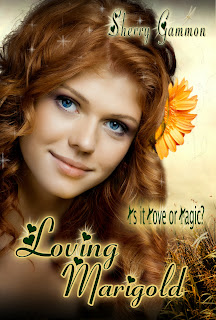 Author of Unlovable, Unbelievable, Not So Easy and more)


Young Marigold Yarrow has a secret. She’s also in love with Jack Mahoney. In the middle of her ninth grade year, Jack's family up and moves to Port Fare, New York, leaving the small town of Sugar Maple, West Virginia - and Marigold - far behind.

Nine years later Jack and Marigold meet again. They join forces to weed out the shady Abbott boys. The unscrupulous brothers are illegally selling moonshine near her home on Sugar Maple Ridge. And they'll do anything to get Marigold to leave the ridge. Anything. This time it may be magic that tears Jack and Marigold apart.