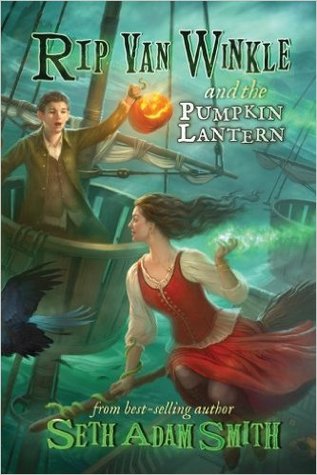 Book Description:  Chased by a vengeful witch, hunted by an undead corpse, and guided by a secretive preacher, a boy must protect a magical lantern that can either save Boston . . . or destroy it.
In October of 1730, young Rip Van Winkle sneaks into a graveyard and comes face-to-face with the ghost of William Blaxton, the first settler of Boston. Warning Rip that the city is in danger, Blaxton gives him a mysterious gift: a pumpkin lantern with power over life and death. Before fading into midnight, the ghost tells Rip to take the lantern to Feathertop, a mythical pumpkin-headed scarecrow.
Pursued by Mistress Hibbins, a witch of terrifying power, and hunted by the nightmarish Midnight Minister, young Rip must rely on the aid of Jonathan Edwards, a stern and secretive preacher, and Nathaniel, a talkative, know-it-all raven. Guided by the magical light of the lantern, Rip races across New England to find Feathertop, save Boston, and become a most unlikely hero!
From the bestselling, award-winning author Seth Adam Smith comes The Pumpkin Lantern--a fantasy novel influenced by the writings of Nathaniel Hawthorne, Lloyd Alexander, and C. S. Lewis. Loaded with humor, action, suspense, and fascinating American history, The Pumpkin Lantern is also a poignant fable about faith, family, and the power of life over death.


My thoughts: Seth Adam Smith has taken characters that are familiar from other stories and mashed them into this interesting and entertaining piece of Middle Grade Fantasy.

The story begins on All Hallows Eve when Abigail Van Winkle has a dream about finding a baby in the graveyard in grave with R.I.P on the headstone.  She talks her husband into looking for the baby, which they do find and name him Rip.  I must say that it is a unique way to start a book.

Rip was taken in by goodly parents who help others in need.  This is a valuable lesson.  Treating others kindly.  I found respect, kindness, destiny, friendship, loyalty, etc in the pages of this book.  It is perfect for the Halloween season.  It is set in the early 1700's before the US was a country.  The book follows customs and fear of witchcraft and anything unholy or unexplainable.  It is perfect for the setting of the story.  The best part is that it features a boy who becomes a hero when called upon.

I could easily picture myself reading this book to my kids when they were young.  Unfortunately, my youngest is 13 and they no longer think it is cool for mom to read out loud to them. :(


There is a fun webpage with characters from the book and information!  Visit https://ripvanwinkle.net/. 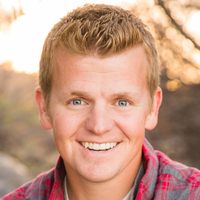 About the Author: (Taken from Goodreads)  Seth Adam Smith is a best-selling, award-winning author and blogger whose writings have been translated into over thirty languages and featured on the Huffington Post, Good Morning America, Fox News, CNN, the Today show, Forbes, and many other news outlets around the world. In 2015, his book "Your Life Isn’t for You" was awarded a gold medal for inspirational memoir.
A survivor of a suicide attempt in 2006, Seth is an advocate for resources and understanding concerning depression and suicide prevention, and he regularly writes about these topics in his books and on his blog. He and his wife, Kim, currently live in Arizona but have “belonging places” throughout the United States. He recently published "Rip Van Winkle and the Pumpkin Lantern," and is currently working on a series of historical novels set in Colonial America. Learn more at www.SethAdamSmith.com
Posted by Bookworm Lisa at 6:00 AM