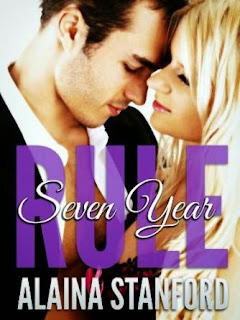 Rules just don't apply to some people... Whitney and Mason's life was perfect. When Beth explained her Seven Year Theory. They scoffed at the idea of the seventh year of marriage being the make it or break it year for most couples. That theory didn't apply to them. They were the perfect couple. Their brand new house overlooked a spacious lake. Their brand new cars were state of the art. Their careers were taking off at an accelerated rate. Their sex life was incredible. Their lives were perfect. When Whitney's widower brother-in-law dies, leaving three small children in their care, their perfect lives are torn apart. Raising children was never part of the plan. Raising children requires sacrifice. Sacrifice they never intended to make. Sacrifice that could bring chaos to their perfect way of life. Sacrifice that could bring an end to their perfect marriage. Sacrifice, that if not done correctly could bring an end to a child's life. Mason considered himself incredibly lucky to have a wife like Whitney. She was beautiful, sexy, smart, had a professional attitude toward life and she wasn't interested in starting a family. When Whitney's widower brother-in-law was killed leaving his three small children in Whitney and Mason's charge, Mason is exposed to a new side of Whitney. A side he was not prepared for, a side he never thought he'd see.  Suddenly Mason's world was filled with diapers and stains. His perfectly coiffed wife quickly transformed into an unkempt mother of three living in jeans and carrying a diaperbag as a purse. Mason's needs were no longer being filled. His house was a noisy mess. There was a 6 year old boy looking to him for fatherly attention. But fatherhood requires a man to live for his children and not himself. Mason was not prepared to do that, but how could he walk away from Whitney in her hour of need?

Pick up your copy of the book here:
Amazon
http://www.amazon.com/Seven-Year-Rule-Revised-Sept-ebook/dp/B00GBLBF2E/ref=asap_bc?ie=UTF8

Author Bio
I have one of those brains that won't turn off at night. Many nights I would distract my intellect by revamping a movie, book or TV show in my mind. I would twist and turn the plots and characters to achieve the ending I preferred. That developed into side stories about my favorite minor characters. Each night I fell asleep in the middle of a grand adventure. It wasn't long before I began to create stories of my own and put pen to paper.

I love a good adventure. I love a good romance. As the mother of seven children, I also learned to love to play video games. One day it occurred to me to write an adventure that flowed like a video game and I added a touch of romance. Thus, Hypnotic Journey was born. The HJ characters are like a family to me. They are foolish, daring, resourceful, passionate and dedicated to their friends.
My love for Science Fiction gave birth to the Treborel Series. It’s a paranormal Sci-Fi romance featuring a psychotic villain and a multiple layer
of hero's fighting to survive the chaos.
I write about how friendship and love can carry you through situations that you might not otherwise survive. You will find my stories exciting and steamy, but I am not an erotic writer. My stories fade to dark when the steam begins to rise, but take it from me, the steam does rise and emotions do soar.

Links to social media sites for the author
www.twitter.com/awritr
www.facebook.com/alainastanfordhypnoticjourney

Author top 10
1. A good exciting scifi/fantasy book
2. The Hobbit movies
3. A dozen roses on a special occasion
4. Drive-in theater- why oh why are they disappearing!
5. Anything pink
6. Kind people
7. Sitting on a beach with a good book
8. The mountains
9. My dog Jack- when he's not barking
10. My family


Mason and Whitney waved goodbye to Josh and Beth and went inside their two-story, cedar shake home. Whitney walked through the front door followed by Mason. They were dressed to kill. He was in a black tuxedo. She wore a form fitting, low cut, black silk dress. Mason came up behind her as she stopped to pull off her high heels and ran his hands down the length of her tiny waist and narrow hips, to cup her bottom and squeeze.
“You looked so hot tonight; I couldn’t keep my mind on Beth’s speech.” He whispered in her ear. Reaching up, he released the clip which held her silky sun blonde hair, high on top of her head.
“I’m pretty sure that was apparent to everyone sitting around us,” Whitney answered in a sultry tone. “You couldn’t keep your hands off me.”
“Seven years of marriage and you still melt my heart with your smile.” Mason chuckled. She turned and leaned against him.
“It’s the clothes,” Whitney whispered, loosening his tie and kissing him lightly. He reached out and pulled her hard against him. The heady scent of her perfume snaked up his nostrils, urging him to pull her closer. She ran her long, red fingernails through his curly, blonde hair. Her pulse raced when she saw his deep green eyes fill with desire.
Mason added, “I almost choked on my drink when Beth told us to ignore her advice. It was very modest of her to recognize we don’t fit her theory about marriage hitting a crisis at the seven year mark.” He flashed a dazzling smile, “Seven year itch, my ass. Frankly, I think people use that as an excuse.”
Whitney sighed with relief when he unzipped her tight dress and said, “We are not her target audience. We have lives outside the home. We have aspirations, hobbies and professions. Since Beth married Josh, her whole outlook has changed. She’s targeting the married with kids’ genre.”
Mason chuckled and unbuttoned his shirt, then tossed his tie on a nearby chair. They walked hand in hand to the bedroom. “That’s not us. If we had a child, we’d have to say goodbye to spending every other night at the gym. We’d have to replace our excellent collection of wine, in that gorgeous rack I gave you for Christmas, with an assortment of baby bottles. Then there’s the unthinkable sacrifice of missing every New Year’s Eve in Playa Del Carmen.”
“Babies were my sister’s dream.” Whitney slid out of her dress and slowly spun to face him. “Not mine.”
Mason gazed at her in admiration. She stood before him in a black satin corset that hugged her tiny waist and revealed her ample cleavage. “You had that on all night and didn’t tell me?”
“I’m telling you now.” She whispered, “Come and get me.”
Mason walked toward her, watching as she leaned slowly toward him allowing full view of her assets. His pulse raced when their lips touched. Whitney wrapped her arms around his broad, muscular, shoulders as he lifted her into his arms and carried her to the bed.

and on these great blogs

a Rafflecopter giveaway
Posted by Bookworm Lisa at 3:45 AM