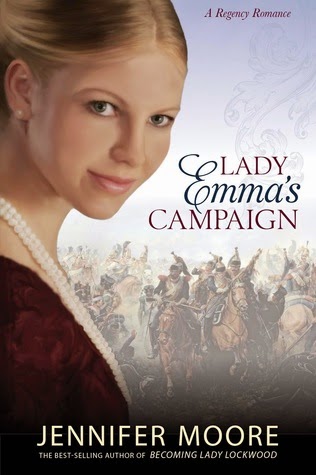 Book description:  She would follow him through peace and war.

The London Season is ushered in with a thrilling flurry of invitations, gowns, and parties. But despite her status as belle of the ball, lovely socialite Emma Drake simply cannot fathom becoming entangled with any gentleman of her acquaintance. For in truth, since childhood her heart has belonged to Captain Sidney Fletcher, a man of the sea—and her brother’s best friend. Emma knows that Sidney’s directive to free the Spanish city of Cadiz from French occupation will be dangerous, but when word arrives of his capture, she is frantic. Determined to aid her brother in Sidney’s rescue, she hides aboard his ship and sets a course to Spain. But the realities of war are a far cry from the drawing rooms of London, and Emma finds the man she loves a mere shadow of his former self. When a series of events leaves them trapped together behind enemy lines, Emma and Sidney must embark on a journey fraught with danger—from a bloody hunt for Spanish treasure to the battlefields of war-torn Spain, new threats lurk around every turn. As their flight becomes increasingly perilous, Sidney and Emma must trust each other with their lives—but can they trust the other with their heart?


My thoughts; Emma has loved Sidney Fletcher since she was 11 years old. He is her older brother's best friend and to him she has been like a little sister instead of a beautiful young woman.

When she learns that Sidney has been captured behind enemy lines in Spain, drastic measures are called for. She stows away on her brother's ship so she can help rescue him.

Plans made out of desperation rarely go well. Emma finds herself behind enemy lines along with Sidney and a few other prisoners. This is her opportunity to show Sidney that she is no longer the school girl in braids.

This book was just what I needed. A great love story that pulled me in from the beginning. I loved the characters and laughed at the escapades the characters found themselves in.

This book is great for readers who love Regency romance but want a different setting than the ballroom.  The book starts out visiting the ton in London, but quickly turns to mud and a 50 mile trek across Spain behind enemy lines.

This is the second book by Jennifer Moore following Emma's family.  The first is Becoming Lady Lockwood.  Both books can be read as a stand alone and are fun to read.

This would make a perfect Christmas gift for Regency romance readers who enjoy a clean  story.

* Deseret Book
Posted by Bookworm Lisa at 8:55 AM