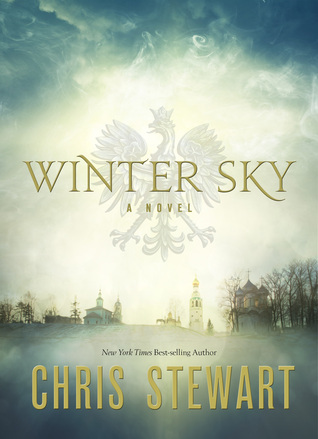 Book Description:  In a bombed-out Polish village during World War II a young resistance fighter finds that he is suddenly alone and trapped between two opposing armies. He is one of Poland's "Devil's Rebels" fighting desperately to save his homeland, but an injury has erased his memory and his only possession is a torn photograph of a couple he assumes are his parents. The woman appears to be holding the hand of a young child whose image has been ripped off. Could the child be him?
Caught in the crosshairs of the retreating German army and the advancing Russian forces, the village holds nothing but destruction and despair until a mysterious young woman offers a small glimmer of hope that may represent his last chance - news of a refuge train departing from a nearby town headed for American installations at the border. But complications arise when the resistance fighter is betrayed by his own countryman and hunted by German SS Officers who are determined to kill him before they retreat. Desperately searching for a home and family he can't remember he is persuaded to rescue two children who are doomed to die without his help.As time runs out the former rebel is faced with an impossible choice. Standing at the crossroads of saving himself or risking his life for strangers, what would motivate a young man at the brink of salvation to make one more sacrifice?


My thoughts; When I was asked if I would like to read this book, I jumped at the opportunity. Chris Stewart is the author of one of my all-time favorite books, Prologue: The Brothers. I love the series, but The Brothers is my favorite.

Winter Sky takes me to a time and place that I am not as familiar with. When I think of WWII, I think of the allies vs. Germany, concentrations camps, Pearl Harbor, etc. It is easier for me to focus on the grand scale of the war and not on the people or places caught in the middle.

This book takes place in Poland. The Polish were hated by the Germans and the Russians. (A fact that I rarely remember.) The focus of the book is on Lucas, a rebel soldier who has lost his memory in a battle that nearly took his life. He is now fighting, not with a regiment, but behind the scenes ans he struggles to regain him memories and deal with the pain of those memories.

He has two children who are orphaned who join him in this journey. It is heartbreaking to think of the children left alone after parents were killed senselessly. This book brings to mind the sacrifices that were made by those who fought for their country and sought to fight against oppression.

This is an excellent book. It takes place around Christmas time. Some of the images of Christ's hand in the middle of horror are inspiring. This book reminds me of all that I have to be thankful for. I also remember those who fought for their home and country. I am grateful to them and their sacrifices.