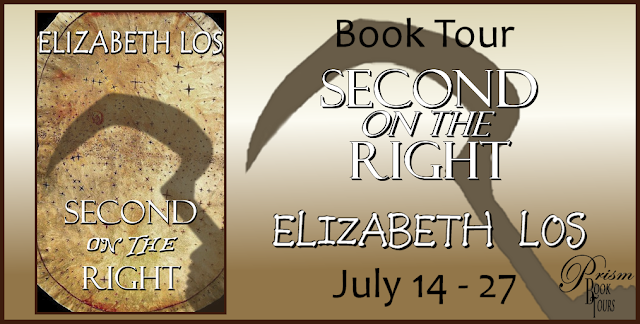 Did you miss visiting Captain Hook's storybook world? There's still time to go check it out!

14  - Launch - More about Second on the Right and Elizabeth Los
What do you hope readers will take with them when they read your book?
I hope readers will be able to sit back and enjoy the ride. I love books that take me on a journey full of twists and turns. If a reader gleans a message from the story, great! But otherwise, I just want it to be fun. I hope they find themselves liking Hook as I always have.

15 - Kelly P's Blog - Interview
Who is your favorite character in your book and why?
James is my favorite character in Second on the Right and also the inspiration/reason why I wrote Second on the Right in the first place. I always felt there was more to Hook’s story than just what we find in Barrie’s version. What motivated him and pushed him to seek revenge on Peter Pan? Was it really just the loss of his right hand or was there more to it than that?

Coffee Books & Art - The Inspiration for Second on the Right
As for the title, Second on the Right, this is a nod to the original J.M. Barrie text. Most known the phrase as second star to the right, but in Barrie’s Peter Pan, it was actually "second to the right, and straight on till morning". I wouldn’t have had the opportunity to write about Captain Hook if Barrie hadn’t written the story in the first place. So I felt it was only fitting to give a nod, multiple times in the novel in fact, to him and the original work.

Dividing by Zero - The Legend of Captain Hook
Said to be the only man Long John Silver feared, even the name “James Hook” is an alias. No one knows the true identity of the captain or where he came from. The man known as Captain James Hook has a cadaverous appearance, his pale face appearing as a spectral in the dark... 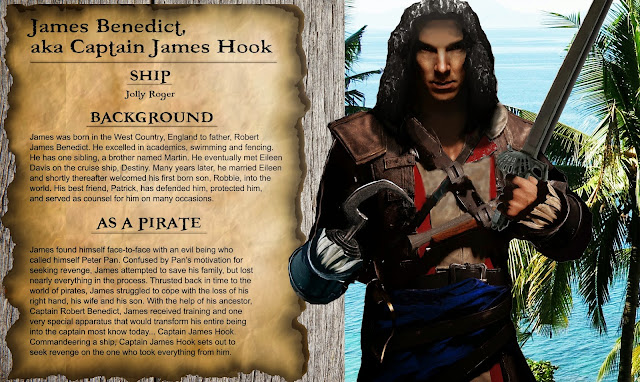 16 - Sarah's StoryLines - Excerpt
Eileen woke with a start. Carefully, she peeled back the privacy sheet. A lump caught in her throat. The cabin door was open. She frowned. In the dim moonlight, a shadow stood just within the captain’s quarters. It moved. Her heart raced. She blinked, then stared. The dark silhouette glided silently. She watched, unbelieving. The shape loomed over the captain. She released the sheet.

18 - The Wonderings Of One Person - The Mistral Thief
Captain Benedict’s ship is what is typically depicted of pirate vessels, a galleon ship...
How does it compare with Captain Hook’s Jolly Roger?

Christy's Cozy Corners - Captain Hook's Crew of the Jolly Roger
Captain James Hook had a rather unique and, for the most part, loyal crew. The crew of the Jolly Roger was a lot of villainous pirates. But though they were a rough bunch and at times fear their captain’s temper, they were like family to James. Two specific men stand out among the group: Smee and Starkey...


20 - My Life, Loves and Passion - Review
"I had a hard time keeping my self interested in what was going on. But I am very glad I did. About half way through the story becomes so much better. It moves along quicker and keeps your attention until the end."


22 - My Devotional Thoughts - Buried Treasure and A Treasure You Can Search For
In the 1600s, a galleon ship, Nuestra Senora de Atocha, was caught in a hurricane off the coast of Key West. Supposedly, this one held an enormous cargo of gold, silver and gems. The original captain’s manifest claimed coins of different values, emeralds, boxes of gold and silver bars.

23 - Bookworm Lisa - How to Make Your Own Treasure Map
1) Think about what you want on the map. Lucky for James Benedict, his photographic memory came in handy when it came time to recall the directions to the island called Neverland...


24 - The Written Adventure - Real Life Paratey Adventure (Geocaching)
Geocaching is defined as the recreational activity of hunting for and finding a hidden object by means of GPS coordinates posted on a website, i.e. modern day treasure hunting. Honestly, the definition doesn’t begin to describe the fun and excitement involved. 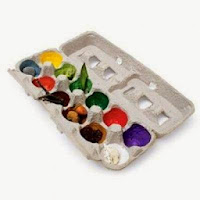 25 - Dalene's Book Reviews - Review
"I enjoyed reading this book, the author took on Peter Pan and does a good job with this rewrite of a classic story. The characters are well developed and written."


Beck's Valley Books - Interview
Is there anything you don't like about being an author?
Talking about myself ;) That’s not to say I don’t enjoy discussing Second on the Right and the characters in the story. I welcome any questions, comments or discussion involving my novel. But questions about myself? Ugh. 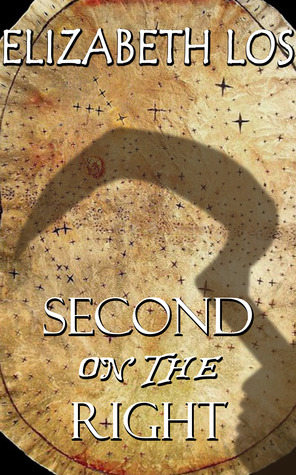 Second on the Right
by Elizabeth Los
Adult Fantasy
Paperback, 506 Pages
May 9 2014

Spawned from an ancient promise, treachery and intrigue follow the protagonists through our world and one lost to the waves. Bound by an invisible bond, they are thrust into a fantastical world of pirates and demons.

James Benedict is a just man haunted by evil. Pushed to the edge, everything stripped from him, a new man arises . . . a man whose name strikes fear into the hearts of all who hear it: "Captain Hook".

Eileen Davis was a timid woman. Through a fateful cruise she finds herself in the company of the Captain of the Mistral Thief. With his guidance, and the meddling of the local barista, she eventually finds her inner strength.

Will the two of them unite through time to fulfill the promise of their ancestors or will tempers ignite leading all to failure?

True love's magic is not to avoid changes,
But to navigate them successfully.

I began writing fan fiction short stories in 2010 as means of escape. Every night, after ten hours of work and once the children were finally tucked in bed, for the fifth time, I would sit at my laptop and let my imagination flow through my fingers. Typing over eighty words per minute, my stories quickly began to form from novellas into full length novels. I used writing as my therapy, my release for stress.