Description from Goodreads:
Alexander Drake is a curious young man. He lives in a drab, oversized mansion with his secretive father and spends his days playing alone. Where is his mother? And why is his father so tight-lipped about the past?

But secrets have a way of getting out. And a stay at his grandmother's cottage provides strange clues to his father's past. A past Alexander is determined to find out about.

With a mysterious key and several maps in his pack, he sets off on an innocent search for answers about his family.

The discovery of a secret passageway opens the door to dangers, and wonders, unimaginable. And each answer leads to more questions and the journey of his life.

Join Alexander for a thrilling adventure in Azra's Pith, a place of beauty and magic... but beware--something evil lurks in the shadows

My thoughts:
Alexander believes that he is going to his grandmother's house while his father is away. Little does he know that he is about to embark upon a grand adventure.

He is curious to know more about the mother who died shortly after he is born and decides that while he is at his grandmothers he has the perfect opportunity to look for answers. He steps out the door early one morning and goes out to explore the forest. There he finds a doorway into another realm.

Alexander is a loner, he doesn't have many friends.  He is awkward and clumsy.  He is not the hero that children imagine. In the realm of Azra Pith, Alexander meets many unique friends. His first friend is a hopper, what we would commonly call a frog. Alexander's personality and gift to look for the positive help him find friends who in turn help him.  He needs these friends to thwart the evil Imperius from capturing him.

I found this tale to be full of adventure and it would appeal to it's target audience, the middle grade reader. There is not much character development, but honestly most 10 year olds are not interested in character development, just the action. Elizabeth Parkinson Bellows is able to keep the story moving and not letting it lapse into inaction.  I know that with my 11 and 8 year old sons, it would definitely keep their attention.

This would be a great book to read to younger readers. There are many opportunities for characterization.  I read an eBook edition and the illustrations were very hard to see.

I received a copy of the book from the author to review so I could participate in the Blog Tour through Pump Up Your Book. 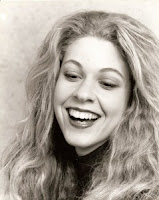 Being the frizzy-haired tomboy with buck teeth gave Elizabeth Parkinson-Bellows a slight case of shyness as a kid. A colorful imagination meant escape and adventure at the drop of a hat.
Over the years she learned that the insecurities she carried around were a waste of time. Elizabeth still prefers a football game to a manicure any day of the week. That indispensable imagination has found its way into her writing providing a sense of joy and true purpose.
You can visit Elizabeth’s website at www.azraspithbooks.com