Whiteout by Brett Cain ~ Blog Tour with a Giveaway! 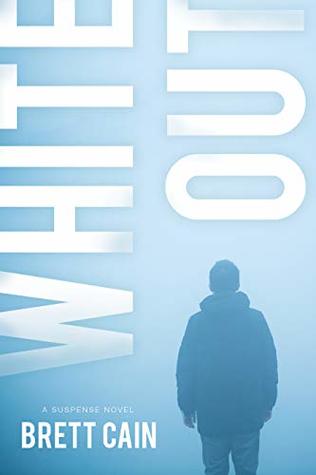 Book Description:  Long hours of driving on the frigid interstate have taken their toll. In a split second, Frank Sawyer’s car drifts and clips a passing van on the otherwise empty Montana highway. In the aftermath of the wreck, Sawyer encounters a gruesome scene: the van’s passenger did not survive. But it isn’t the crash that took his life—he’s been shot. Before Sawyer can assess what’s happened, he’s struck from behind. When he regains consciousness, he discovers that his attacker is gone, his car is missing—and the police have named him their prime suspect in the dead man’s murder.

The harsh winter weather bears down as the chaos unfolds, and Sawyer finds himself trapped in the small town of Cluff. And law enforcement is keeping him firmly in their sights, so there’s no possibility of escape. As he struggles to clear his name, Sawyer looks to the past for answers, becoming embroiled in a decades-old mystery that may hold the key to proving his innocence.

My thoughts: I enjoyed Brett Cain's debut novel. I would not have guessed it was his first book. It read well, had great pacing, and the story-line was well plotted. I was drawn in by the characters and the mystery surrounding the dead FBI agent. I will admit to wondering why Frank Sawyer would go to such extreme measures instead of letting the police handle it, but it is explained later in the story.

The book takes place in Montana during a series of heavy snowstorms. Frank is unhurried to explore the country after serving a two-year mission for The Church of Jesus Christ of Latter-Day Saints. An automobile accident leaves him stranded in the town of Cluff. He is an outsider and therefore looked at with distrust. It isn't helpful to his case that he was found next to a dead FBI agent without his car. It would appear that he is a drifter and up to no good.

This story contains suspense. It would seem that the killer is also stranded and a step ahead of Frank. Fortunately, he makes some good friends that help him when he needs it. It appeared that there may be a little romance in the book, but it is not a main part of the story.

I really enjoyed this book and recommend it to readers of clean suspense. There is a little talk of religion, but it is mainly referencing Frank's time as a missionary prior to this book. The book contains non-graphic violence.

Source: Thanks to Covenant Communications for the complimentary copy of the book. All thoughts and opinions expressed are my own.

(Prize and winner notification will be coming from Covenant Communications.)

Attachments area
Posted by Bookworm Lisa at 4:30 AM