Book Review ~ "A is for Abstinence" by Kelly Oram

A is for Abstinence by Kelly Oram
Rating: 4 of 5 stars
Source: Received to Review
Genre: New Adult Romance

Book Description:  Six-time Grammy Award-winning musician Kyle Hamilton has it all—money, fame, talent, good looks, and a job he loves. His only regret in life: walking away from a certain notorious virgin because he was too prideful, stubborn, and even afraid to give her the only thing she asked of him—his abstinence.
Four years and a broken heart later, Kyle realizes that sex isn’t everything, and he suddenly can’t stop thinking about the girl that got away. Virgin Val Jensen got under his skin like no one else ever has. He wasn’t ready for her then, but things are different now. He’s grown up, he’s learned a few things, and he’s finally figured out exactly what he wants, or, rather, who he wants.Kyle Hamilton wants a do-over, and this time he’s willing to do—or not do—whatever it takes.


My thoughts: The events in this book take place four years after V is for Virgin. In order to fully comprehend this story you need to read the first book.

Kyle and Valerie are the characters in the book. They have a history that is rocky at best. Valerie started a campaign in high school promoting waiting until marriage until having sex. If someone didn't wait, they could take the A is for Abstinence pledge. Kyle was very opposed to the idea, he had a thing for Valerie and wanted the physical relationship. As a rock star, he could have any girl he wanted, so why pin his future on Valerie?

This book is told from Kyle's point of view. Four years have passed and he is not living a happy and fulfilling life. His life is shallow, his relationships lack meaning. He begins to see the logic and meaning behind Valerie's pledges and hopes that it's not too late to win her back.

This whole book revolves around Kyle's thought process of sex. The meaning of sex, the beauty of having a committed relationship before sex, etc. There are not explicit scenes in the book, but it is the theme of the book. As such, I wouldn't recommend this book to a teenager who is not struggling with this subject. It might be good for teens who feel pressured into premature sexual relationships. 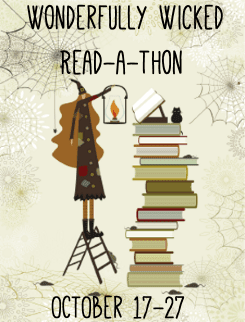