Blog Tour ~ "A Draw of Kings" by Patrick Carr + giveaway

A Draw of Kings by Patrick W. Carr
My rating: 4.5 of 5 stars
Source: Received to Review
Genre: Epic Fantasy with Religious Aspects

Book Description: Their journey to Merakh should have made Errol and his companions heroes of the realm. Instead, much is changed on their return. In the wake of the king’s death, Duke Weir is ruling the country–and his intentions are to marry Adora to bring an heir.
With Errol and the others imprisoned and the identity of the rightful heir to the throne still hidden in secrecy, Illustra is on the verge of civil war–and at growing risk from the armies of Merakh and Morgol.A dangerous mission to free Errol succeeds, but the dangers facing the kingdom are mounting with every passing moment. The barrier has fallen, ferals are swarming toward the land, and their enemies draw near. Will the revelation of Illustra’s next true king come in time or will all be lost?

My thoughts: This is the third book of the series. I have looked forward to reading it for awhile. I want to know, will Liam or Errol be sacrificed for the Kingdom? Patrick Carr has done a wonderful job at setting up the plot, executing it, and throwing in surprises. Just when you think you know what is going to happen, things change.

The characters are all wonderful. (Except for Antil, but you will have to read the first two books to see why I dislike him.) Each adds a layer of depth to the story and are crucial to the outcome. Errol is still my favortie character.  He has endured and been tried, but he still continues on doing what he knows to be right.  From tragedy, a hero emerged.

This series is about a war between good and evil. It is about redemption and second chances. It is about how God can work through whoever He wants to, even the most unlikely. It shows that not everyone that should be trusted, can be trusted.  It also proves that with God, or in this case Deas, nothing is impossible and His will will happen.

The book gives the reader things to ponder.  The nature of Good and Evil.  Where does one find happiness, is it in power or in humility?  What price is one willing to pay for honor and love?

Someday I hope to read all of the books one after the other.  I can remember portions of the larger plot, but the small details elude me.   This a series that you want to savor, read it when you are not rushed.

Would you like to read the first 40 pages?  Here is the LINK.

See my reviews of the first two books:  A Cast of Stones * The Hero's Lot 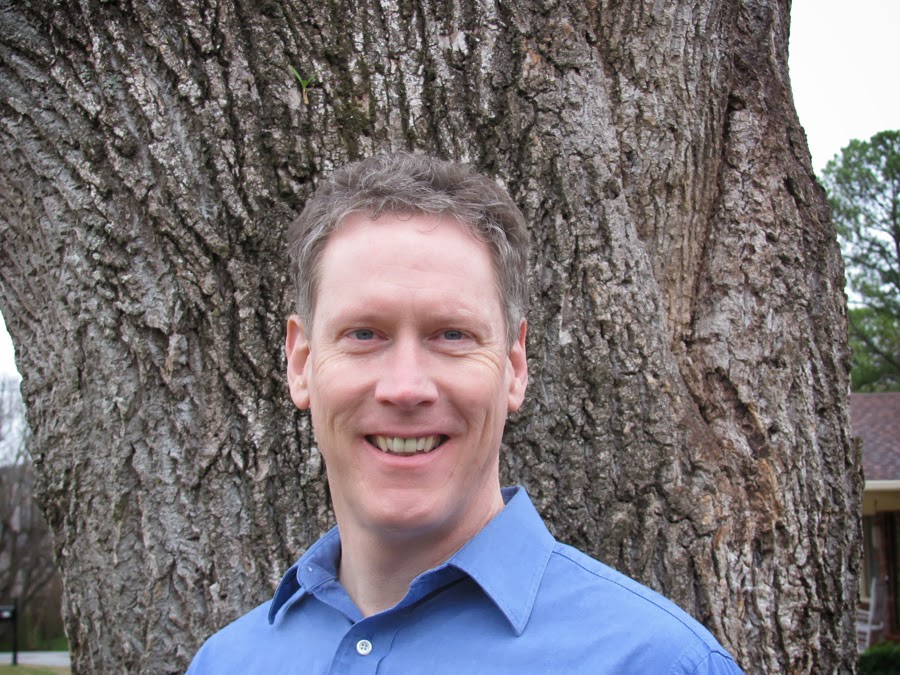 About Patrick Carr: Patrick Carr was born on an Air Force base in West Germany at the height of the cold war. He has been told this was not his fault. As an Air Force brat, he experienced a change in locale every three years until his father retired to Tennessee. Patrick saw more of the world on his own through a varied and somewhat eclectic education and work history. He graduated from Georgia Tech in 1984 and has worked as a draftsman at a nuclear plant, did design work for the Air Force, worked for a printing company, and consulted as an engineer. Patrick’s day gig for the last five years has been teaching high school math in Nashville, TN. He currently makes his home in Nashville with his wonderfully patient wife, Mary, and four sons he thinks are amazing: Patrick, Connor, Daniel, and Ethan. Sometime in the future he would like to be a jazz pianist. Patrick thinks writing about himself in the third person is kind of weird.

This giveaway is for US/Canada addresses!  It is sponsored through the tour, I am not responsible for the distribution or picking of the winner. Use the rafflecopter form to enter.