12 days of Fantasy for Christmas! ~ Xoe by Sara C. Roethle 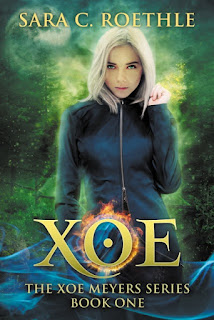 Xoe has a problem. Scratch that, she has many problems. Her best friend Lucy is romantically involved with a psychotic werewolf. Her father might be a demon. Her possible love interest is a vampire.

Everything spirals out of control as Xoe is drawn deeper into the secrets of the paranormal community. Secrets she could never have imagined. Unfortunately, her sharp tongue and quick wit won’t be enough to save Lucy’s life, and Xoe will have to embrace her fiery powers to burn her enemies, before her whole world goes up in flames.


FREE in ebook!
Goodreads│Amazon│B&N│Kobo│Google Play│iBooks
Or grab the trilogy on Amazon.

Noticing my distraction, Allison took a break from her monologue to turn and follow my gaze. “Who’s the hunk?”

“That creep has been staring over here since we sat down,” I grumbled.

Allison smirked. “He's hot, maybe you should go teach him some manners.”

I raised an eyebrow at her comment. “I will never understand your taste in men. He looks like an overly-primped jerk.”

Allison raised both of her eyebrows in surprise. “My Xoe, you sure are feeling judgy today. That's supposed to be my job.” She rose from her seat and looked over at Creepy Guy.

Realizing her intent, I reached for her arm and tried to pull her back down. “No way Al,” I chided. “Don't even think about it.”

Ignoring my comment, Allison pulled her arm away from me. With a mischievous smile, she hustled away from our table, then waltzed right up to Creepy Guy. She sat down on the other side of his table, facing him and Max.

I shook my head and turned back to Lucy. We exchanged similar looks of resignation.

I sighed loudly. “And so it begins.”

Lucy began to reply, then quickly turned her gaze down to the tabletop. I turned partially around to see what had interrupted her. Allison was walking toward us, leading Creepy Guy by the hand. They came to stand at the head of our table.

Allison twined her arm through Creepy Guy’s, which remained limp. “Girls, this is Dan. He’s new here.” Allison nodded in Lucy’s direction. “That’s Lucy,” then nodded to me, “and that lovely example of radiant good cheer is Xoe.”

Allison released Dan’s arm and took a seat next to Lucy, leaving only one option for Dan. I had a moment to glare at Allison for her cruelty, then Dan sat next to me with a quizzical look, like he didn’t quite know what I was. I quickly turned away and found my gaze wandering back to Max, who was now sitting alone, looking confused. He stood and walked straight out of the cafeteria like a sleepwalker. I stared for a moment at the now empty doorway, wondering what had gotten into Max to make him act so strangely.

When I turned back to our table, I noticed Dan's gaze had drifted to Lucy. The look he gave her was far different from the confused one he had given me. He looked at Lucy like she was a piece of meat, and he wasn't even trying to hide it.

I expected Lucy to be squirming under the pressure of Dan’s gaze, but instead she offered him a coy smile. My mouth fell open in surprise. I’d never seen Lucy flirt before, and I couldn't believe she'd chosen that moment to start. Dan didn’t really seem her type, though I didn’t actually know what her type was. Lucy, like me, didn’t date a lot.

Allison, on the other hand, I was used to. She flirted up dates on a regular basis, and had no problem talking to guys. She was born to flirt, and flirt she did.

Before I knew what had happened, Allison’s flirting magic had involved Dan in our shopping plans for the weekend, which had been altered to movie plans . . . gre-at. I would have rather gone shopping, and that was saying a lot. Dan had not made a good first impression on me.

My own thoughts began to tune out the conversation as Allison continued to quiz Dan on where he was from and any other inane fact she could think of. I felt uncomfortable sitting next to Dan. Waves of creepiness emanated from him. Okay, so maybe “waves of creepiness” was a little dramatic, but there was something very strange about him. He made my skin crawl. He shifted so that his elbow brushed mine, and struggled not to rub the goose bumps that instantly erupted on my arms.

I scooted away and watched him have a seemingly normal conversation with Lucy and Allison, while I tried to pinpoint what had me on edge. Listening to him talk, he seemed perfectly normal, but his face shattered the illusion. His gaze never left Lucy, even when he was answering one of Allison’s questions. It was like he was trying to memorize every small detail of her face. It was downright unnerving. 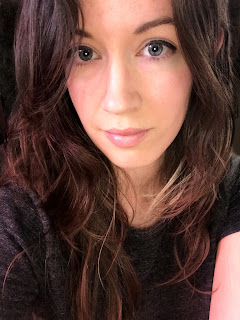 Sara C. Roethle is an author and part-time unicorn. She enjoys writing character driven stories in various fantasy realms with elements of Celtic and Norse myth, humor, and metaphysical ponderings.

1 winner will win a FIRE HD 8 TABLET from Amazon along with the following ebooks:
- TRITON'S CURSE by Sarra Cannon
- MASQUE by W.R. Gingell
- AURORA SKY: VAMPIRE HUNTER by Nikki Jefford
- A WHITE SO RED by K.D. Jones
- THE TALE OF MALLY BIDDLE by M.L. LeGette
- THE TWELFTH KEEPER by Belle Malory
- SERVANT OF THE CROWN by Melissa McShane
- THE XOE MEYERS TRILOGY by Sara C. Roethle
- TEMPEST by R.K. Ryals
- CRAVING BEAUTY be Jennifer Silverwood
- THE DESCENDANTS SERIES by Melissa Wright
- REAWAKENED by Morgan Wylie

Open to US residents or those who are eligible for the Fire Tablet in their area (those who are not, can receive cash value through PayPal)