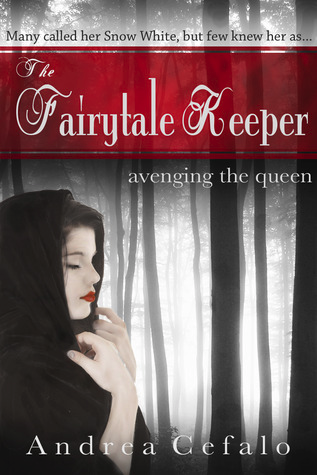 Anonymous, nameless, Adelaide Schumacher should have been lost to history. Medieval girls do not make legends. If they are lucky to live long enough, they make babies.
Adelaide’s mother, Katrina was the finest storyteller in Cologne, but she left one story untold, that of her daughter, Snow White. A rampant fever claimed Adelaide’s mother just like a thousand others in Cologne where the dead are dumped in a vast pit outside the city walls. In an effort to save Katrina’s soul, Adelaide’s family obtains a secret funeral by bribing the parish priest, Father Soren.
Soren commits an unforgivable atrocity, pushing Adelaide toward vengeance, but the corruption in Cologne reaches far beyond Soren, and the cost of settling scores quickly escalates. Avenging the mother she lost may cost Adelaide everything she has left: her father, her friends, her first love, and maybe even her life.
The Fairytale Keeper casts the famous villains, heroes, and damsels of Grimm’s fairytales into Medieval lives. Seamlessly weaving historical events and Grimm’s fairytales into a tale of corruption and devotion, The Fairytale Keeper, leaves the reader wondering where fact ends, and fiction begins.

How did you come up with that idea?  I get that question a lot.   Where did The Fairytale Keeper come from?  The protagonist of The Fairytale Keeper series is Adelaide, a medieval Snow White and the collector of all Grimm’s fairy tales.  So The Fairytale Keeper should have all started with a prophetic dream after watching Snow White and the Huntsman, right? Wrong.  It started with an interesting fact and a wandering mind.
Did you know that nearly all cultures have their own version of the Cinderella story?  Neither did I until attending a children’s literature lecture in 2007.  I don’t know about you, but my mind tends to wander when I have to sit through two hour lectures.  So I started wondering.  If most cultures have a Cinderella story, was it based on one girl, a real Cinderella?  Was Cinderella a girl who lived hundreds, or even thousands, of years ago? Or is there is just something so compelling about the Cinderella story that most cultures make up their own?
I didn’t want to write another Cinderella story.  My story presumes that all of Grimm’s fairy tales are based on a real person, and that that person is the real Snow White.  During her adventures, she compiled these tales through the people she’d met, the stories she’d been told, and the events she’d experienced.
The Fairytale Keeper series casts nearly all the famous villains, heroes, and damsels of Grimm’s fairytales into medieval lives. And Cinderella is a major player.  It was a little-known fact about her that inspired the tale.  In doing research, I came across a few more Cinderella facts.  I hope you find them as interesting as I do.

1.  From Russia to India and Vietnam to Scotland, nations from all over the world have their own traditional telling of the Cinderella story.  A few examples of titles are The Story of Tam and Cam (Vietnam), Baba Yaga (Russia), The Saddleslut (Greece),  Pepelyouga (Serbia), Ashey Pelt (Ireland), and Conkiajgharuna (Georgia).
2. Many Native American tribes fused the European Cinderella with their own legends to create unique versions of the tale.  For example, Mi’kmaq Native Americans combined the French Cinderella with their own legends to come up with a version called The Invisible One.  Some other Native American versions include The Turkey Herd and The Rough-Faced Girl.
3.  The tale was first recorded in 9th century China by Tuan Che’ng-shih, but the tone of the tale suggests it was already a well-known story to its readers.  That makes the story at least 1,140 years old!
4.  The next recording didn’t come until over eight hundred years later when Charles Perrault of France published it in 1697.  This version is the one Americans are most familiar with. That’s probably because it is kinder than most other versions which result in the maiming or killing of the wicked stepsisters in the end.
5.  There are approximately 1,500 versions of the tale when one includes retellings, movies, musicals, operas, and picture books! 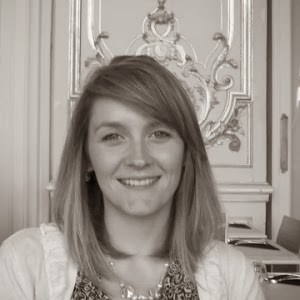 About Andrea: Andrea Cefalo is the award-winning author of The Fairytale Keeper series. The Fairytale Keeper series is a Medieval tale of corruption, devotion, and the origins of Grimm’s fairytales. It was a quarter-finalist in Amazon’s 2013 Breakthrough Novel Contest and has been recommended by Riffle, Copperfield Review, and other various independent reviewers. The second novel in the series, The Fairest of All, will debut in 2014. When Andrea isn’t writing, she enjoys blogging and tweeting about the Middle Ages, teaching authors how to effectively use social media, and presenting in schools. She resides in Greenville, South Carolina with her husband and their two border collies.

Praise for "The Fairytale Keeper"
"A…resonant tale set late in the 13th century… with unexpected plot twists. An engaging story of revenge and redemption… An opener to a future series.” -Publisher’s Weekly
“…a unique twist on the Grimm’s Fairy Tales. Part fairy tale retelling, part historical fiction…. The Fairytale Keeper is a story of corruption, devotion, and tough decisions.” -Copperfield Review

Enter the tour Giveaway!
a Rafflecopter giveaway
Posted by Bookworm Lisa at 4:30 AM