When Brit Kavanagh was a baby her mother disappeared, but not before she gave her daughter wings—sewn into her skin with needle and thread.

Seventeen years later, Brit’s quiet, protected life is turned upside-down when her father dies, leaving her in the care of relatives she hardly knows. Almost from the moment she arrives in her new home, Brit is haunted by the terrifying apparition of a banshee and disaster strikes wherever she goes. From a near-drowning experience to a house fire at a crowded party, no one around her is safe.

Brit is desperate to unravel the mysteries behind her wings and the curse of the banshee before someone else gets hurt. The only person who can help her is Gentry O’Neill, a handsome lifeguard who knows more than he’s telling. With Gentry’s help, Brit must embark on a journey of discovery that will lead her through her mother’s troubled past, her father’s dark secrets, and the horrifying truth of her own existence. 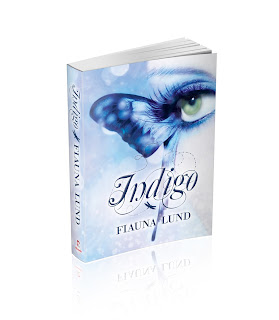 My thoughts:  Indigo is a book that immediately caught my attention and drew me into the story.

Brit is suffering from the loss of her father and trying to adapt to life living with her aunt, uncle, and their daughter.  It is a different lifestyle than she is used to.

Life is already tricky for her, she has wings that her mother attached to her body when she was a baby.  People give her strange looks.  To top it all off, near the beginning of the book she is dragged into a swimming pool by a strange lady, but no one else could see her.  Of course, this is the beginning.

I enjoy  the writing style of Fiauna.  It flows well and is easy to get involved with the characters and story line.

Fiauna writes about creativity!
********************
Every writer has that moment, that flash, that spark that ignites their creativity. It is what we live for, what we write for. When asked how I come up with ideas for writing, I always tell about what took place my backyard on a hot summer afternoon several years ago. I was babysitting my nieces who were nine and ten at the time. We were all bored, so I filled up the backyard pool and sat outside while they splashed around. They, along with my four kids, were voracious readers and naturally as they talked the subject turned to books. Mostly they talked about books like Harry Potter, and The Kingdom Keepers. I was a little surprised with Twilight came up. The vampire series was just breaking into the scene then. The fantasy and paranormal genres were relatively new to me. But I was familiar with Twilight and its themes and, frankly, felt that ten-year-old girls probably aren’t the target audience for books based on blood lust.

Wanting to divert their attention from a book they maybe weren’t quite ready for and instead engage them in their own creativity, I asked the kids a question: What if you had a secret and that secret was you weren’t really human and you sprouted wings at twilight? What ensued was a summer of creativity. They told me stories and put them into words. We came up with The Sprightling Diaries, my first published novel.

Fast-forward a year. I decided to take a writing class to sharpen my skills. The instructor gave us an assignment to write a scene using allegory and connotation. I wrote a scene involving a young man introducing his girlfriend to his grandfather who goes on to use his lunch to teach the young man about women. The instructor challenged me to build the scene into something more. Not long after that I dreamed of a mother dressed in a gauzy white nightdress stitching shimmering fabric wings onto her newborn baby’s back. Disturbing as it was, I knew I had to put that dream into writing. In time those two scenes met and mingled and Indigo was born.

No two sparks are the same. What ignites my creativity one day might extinguish it the next. The bottom line is that when creative genius strikes, go with it! 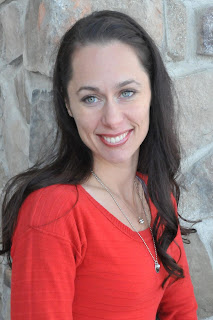 About Fiauna: Fiauna Lund is a grown woman with an overactive imagination, a passion for writing, four children, and the dirty house to prove it.

Reading and writing have always been passions for Fiauna. During her childhood she spent hours exploring the woods of rural western Pennsylvania where she first began creating stories about faeries, pixies, magic, and mystical creatures.

She met her husband, Aaron, while attending Utah State University, and later earned a degree in human services from Columbia College which allowed her to study the uniquely challenged and inspiring people who serve as her collective muse. She now resides in Farmington, Utah. When she's not reading, writing, or running, she spends her time caring for her four adorable children and one rambunctious dog.


Rhemalda is having a giveaway with this tour! There will be three ebooks and two winners!  Use the rafflecopter form to enter.
a Rafflecopter giveaway
Posted by Bookworm Lisa at 4:01 AM