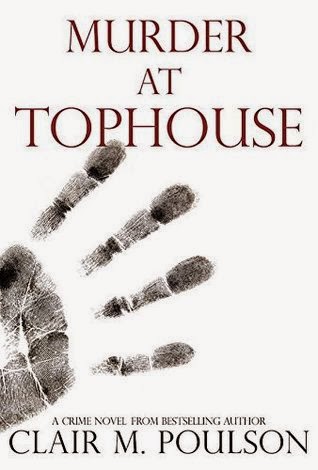 Murder at Tophouse by Clair M. Pouslson
Rating: 4 of 5 stars
Source: Received from the Publisher to Review
Genre: Suspense/Mystery


Book Description:  Officer Mike Denton can't shake the feeling that something isn't right. Since the shooting that nearly killed him, Mike has attempted to piece his life back together. Just when he thought things were starting to look up, false allegations leveled by his partner, Cal Granberg, have led to his suspension, and Mike begins to suspect that Cal may have played a role in the deadly attack. He has only one clue: a conversation he was never meant to hear involving guns in New Zealand.

Suspicious that he may have stumbled on an illegal gun trafficking plot, Mike sees his suspension as an opportunity to conduct an independent investigation into the shady actions of his ex-partner. He prepares for a month-long vacation to New Zealand to find the proof that would clear his good name but what he couldn't prepare for his lovely young New Zealander Skylie Yates, a woman with her own troubles. A dangerous enemy believes that Skylie is the key to finding a hidden fortune. The problem: Skylie claims to know nothing about the money. Now, Mike must set aside his own quest for evidence in order to discover who's behind the threats to the woman he's coming to care for. But when his two investigations collide and Skylie's life hangs in the balance, Mike finds himself in a race against time to unearth a corruption far deeper than he could have imagined . . .

My thoughts: Mike Denton is a good guy and police officer.  Life happens to him and turns his world upside down.  He faces many personal trials, but continues to push ahead and do the best he can.  His big problem, he has a corrupt partner who sets him up for a suspension and release from the force.

This book is told from Mike's perspective.  The voice is in the first person.  Events unfold through his experiences and thought process.  Clair Poulson did a great job at keeping the story consistent and interesting.  I enjoyed the plot twists, detective work, and action.

At first it appears as if there are two separate cases going on.  Mike meets a young woman, Skylie, on an airplane headed to New Zealand.  His protective nature immediately takes over when it appears as if she is in danger.  It quickly becomes apparent that the cases are linked.  The story and plot take off from there taking the reader on an adventure with danger and mystery.

There is violence in the book.

About the Author: (Taken from Goodreads) 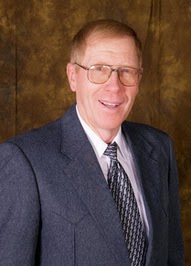 Clair M. Poulson was born and raised in Duchesne, Utah. His father was a rancher and farmer, his mother a librarian. Clair has always been an avid reader, having found his love for books as a very young boy.
He has served for forty years in the criminal justice system. Twenty years were spent in law enforcement, ending his police career with eight years as the Duchesne County Sheriff. For the past twenty years Clair has worked as a justice court judge for Duchesne County. Clair is also a veteran of the US Army where he was a military policeman. He has served on various boards and councils during his professional career, including the Justice Court Board of Judges, Utah Commission on Criminal and Juvenile Justice, Utah Judicial Council, Utah Peace Officer Standards and Training Council, an FBI advisory board and others.In addition to his criminal justice work, Clair has farmed and ranched all of his life. He has raised many kinds of animals, but his greatest interest is horses.Clair has served in many capacities in the LDS church, including fulltime missionary (California Mission) bishop, counselor to bishop, young men president, high councilor, stake mission president, scoutmaster, High Priest group leader, etc. He currently serves as a Sunday School teacher.Clair is married to Ruth, and together, they have five children, all of whom are married: Alan (Vicena) Poulson, Kelly Ann (Wade) Hatch, Amanda (Ben) Semadeni, Wade (Brooke) Poulson, and Mary (Tyler) Hicken. Between them they have twenty-three children. Clair and Ruth met while both were students at Snow College and were married in the Manti temple.

Clair has always loved telling his children, and later his grandchildren, make-up stories. His vast experience in life and his love of literature has always contributed to both his telling stories to children and his writing of adventure and suspense novels.