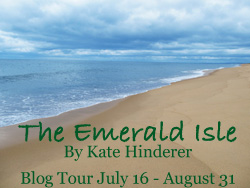 Book Description: To escape a bad break-up and fighting parents Audyn takes a job as a lifeguard at Fascination Island. The posh five-star resort lives up to its name in every way, including the strange rules the owner has about entering the water at night. Despite declaring it a boy-free summer, it isn’t long before the shy, endearing Levi and the mysterious, tattooed Tristan begin vying for her attention. When Levi tries to push his advantage and Tristan comes to the rescue, Audyn realizes there is more to both these boys and the island they inhabit. Suddenly, she’s forced to acknowledge a reality she’d never considered and to pick a side in the conflict that has been waging for decades


My thoughts: Audyn runs from her home in New York to spend the summer on an island near Fiji as a lifeguard. This is a resort Island where the famous or wealthy come to play.

She just found out that her latest boyfriend cheated on her with her best friend. She decided that calling in a favor from a family friend and having a boyfriend-free summer was just what she needed.

She does well at first. She is able to fend off the best of the flirting young men. That is until she meets two of they guys who are "local" guys. Tristan and Levi break all of the rules. First is that there are no local boys allowed. It is a private Island and the closest Island is 10 miles away.  They both belong to some secretive clans that should their existence become public knowledge, it could become devastating to their people.

There are a few rules that employees have to adhere to. One is not to become friends with the guests. They are there to help and serve them only. The second is no swimming after sunset. There have been a few mysterious deaths for those who did not obey the rule. Another rule is to stick to your work schedule. To break any of the rules could find you on a helicopter headed home. There was one rule that no one thought to mention, do not get involved in a feud between clans. There is a possibility of death or exposing age old secrets.

My favorite character had to be Tristan's younger sister.  She is cute and positive and is a shining light in the story.  Audyn learns to adore her and think of her as a younger sister.

I enjoyed this book. It is fun to read. There were a few grammatical errors that were minor and didn't distract from the content of the story. 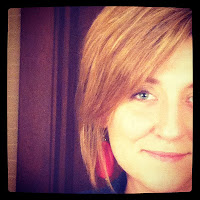 About Kate: Kate is a journalist by profession. Her work has appeared in a variety of publications. She started writing stories and novelettes in 7th grade. Her teachers thought she was copiously taking notes, but really she was penning stories about her classmates. That passion only increased in high school. The stories became longer and the passion for writing was deeply ingrained. As a junior she resurrected her school's student-run newspaper and opted to pursue a journalism career to harness her love for writing into a payable profession. Still, the stories never stopped flowing.

Kate is having a launch party of her book with prizes.  You can enter on her blog ModyChic until July 30th.