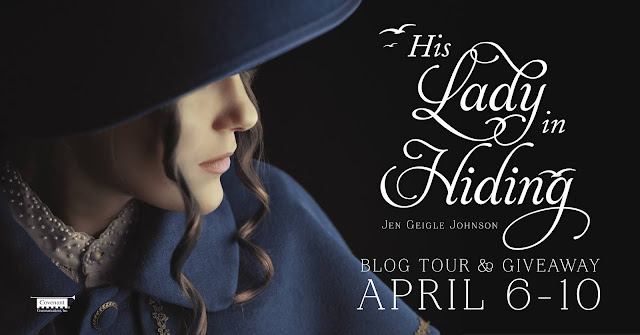 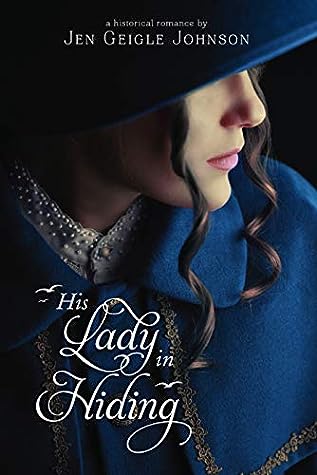 His Lady in Hiding by Jen Geigle Johnson
My rating: 4.5 of 5 stars
Source: I received a copy for review and purchase a Kindle copy!!!
Genre: Regency Romance

Book Description:  Lady Elizabeth Davenport is desperate. Her hand in marriage has been offered to the highest bidder, a distressing proposition in and of itself but made all the more repulsive when she meets her father’s first choice for her hand: Lord Pinweather. When her parents refuse to hear her pleas, Liz is forced to take drastic measures—she will impersonate her maid and begin anew in America on her own terms.

Once onboard the ship to America, another passenger, Lord Barton, almost immediately discovers her true status as a noble. After listening to Liz’s highly modified version of her life and her plans to begin again, Barton has compassion for her and teaches her how to abandon her noble mannerisms. Upon disembarking, however, Barton’s generous spirit quickly dampens when he discovers Liz has indeed found work—as his own head housekeeper. Suddenly, the tender feelings they hid from each other on the ship are inescapable, but their difference in station makes romance impossible. As misunderstandings abound and a shocking character from Liz’s past looms, she knows she can’t hide her true identity forever. But as her deception begins to unravel, will her charade cost her the man she loves?

My thoughts:  I escaped into a good book and loved it! There is so much stress happening in the world around us. Finding a good book that I could read without being distracted by the news or the fact that I had the privilege of staying home was a huge blessing. It was also nice to be reminded that somewhere out there (including fictional characters) someone is going through something hard. #flattenthecurve

Elizabeth Davenport is a remarkable character. The courage in adversity she shows is remarkable. I don't think I could have left a privileged home at 17 to escape marriage to a vile man. (Well, when I write it that way, maybe!) She voyages across the ocean to America to make her way as a housekeeper. She is young and untried but she is determined to make a life for herself on her own terms.

Fortune smiles upon her when she is sleeping in a jolly boat and that comes loose from its riggings and she finds herself alone at sea in a raging storm. Yes, fortune! That is when Lord Barton comes to her rescue and saves her. This is where the fun begins! I loved the friendship and respect that forms between them. There is attraction, but Lord Barton knows that it cannot last because of their "differences" in station.

This is a regency romance told on two continents. I fell in love with the story and the characters. The book holds romance and the desperate desire of a woman seeking escape from the future that her father planned for her. There is also the menace that Lord Pinweather holds, he is not willing to give up the prize that he has plotted and planned for. 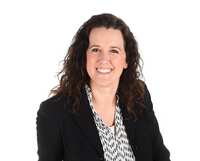 About the Author: (copied from Goodreads)  Jen Geigle Johnson once greeted an ancient turtle under the water by grabbing her fin. Other vital things to know: the sound a water-ski makes on glassy water and how to fall down steep moguls with grace. No mountain is too steep for her to climb, yet. During a study break date in college, she sat on top of a jeep's roll bars up in the mountains and fell in love. She discovered her passion for England while kayaking on the Thames near London as a young teenager.
Now an award-winning author and mother of six, she loves to share bits of history that might otherwise be forgotten. Whether in Regency England, the French Revolution, or Colonial America, her romance novels are much like life is supposed to be: full of adventure. She is a member of the RWA, the SCBWI, and LDStorymakers. She is also the chair of the Lonestar.Ink writing conference.

(The Prize and winner notification will be provided by Covenant communications.)