A Song for the Stars by Ilima Todd

A Song for the Stars by Ilima Todd
My rating: 5 of 5 stars
Source: Receive to Review
Genre: Historical Fiction

Book Description:  Inspired by a true story
Hawaiian Islands, 1779 As the second daughter of a royal chief, Maile will be permitted to marry for love. Her fiancé is the best navigator in Hawaiʻi, and he taught her everything he knows—how to feel the ocean, observe the winds, read the stars, and how to love. But when sailors from a strange place called England arrive on her island, a misunderstanding ends in battle, and Maile is suddenly widowed before she is wed.Finding herself in the middle of the battle and fearing for her life, Maile takes John Harbottle, the wounded man who killed her fiancé, prisoner, and though originally intending to let him die, she reluctantly heals him. And in the process, she discovers the man she thought was her enemy might be her ally instead. John has been Captain James Cook’s translator for three voyages across the Pacific. He is kind and clearly fascinated with her homeland and her people—and Maile herself. But guilt continues to drive a wedge between them: John’s guilt over the death he caused, and Maile’s guilt over the truth about what triggered the deadly battle—a secret she’s kept hidden from everyone on the island. When Maile is tasked with teaching John how to navigate using the stars so he can sail back to England, they must also navigate the challenges of being from very different cultures. In doing so, they might also find the peace that comes when two hearts become one.

My thoughts: This is a beautiful book. The cover is stunning and a nice compliment to the book. The descriptions are beautifully done and give and artistry to the story.

John and Maile are two characters that you love from the start. Their cultures are different and that divide caused misunderstandings and heartache. Maile showed her character when she decided to help instead of killing the man who shot her betrothed. I loved how her struggle was described in the book. The book is mainly told from her point of view with short journal entries describing John's thoughts and feelings.

I loved reading the rich culture of the Hawaiian people before the inundation of the white man. Learning of their Gods, tribal politics, and how the family of the Chief was treated with respect and honor.

Another aspect that I loved is that this is loosely based on the author's ancestors. It adds to a story when the author feels a connection to the people and places. As I stated above, this is a beautiful book that I am grateful I had the opportunity to read.

About the  Author:(Taken from Amazon)  Ilima Todd was born and raised on the north shore of Oahu and dives for octopus with her dad every time she visits--otherwise she's diving into books in the Rocky Mountains where she lives with her husband and four children. She graduated from BYU with a degree in physics and eats copious amounts of raw fish and avocados without regret. But mostly she loves being a wife and mama and wouldn't trade that job for anything in the world. 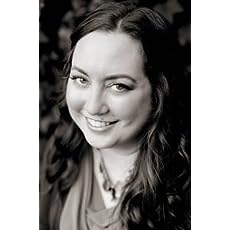