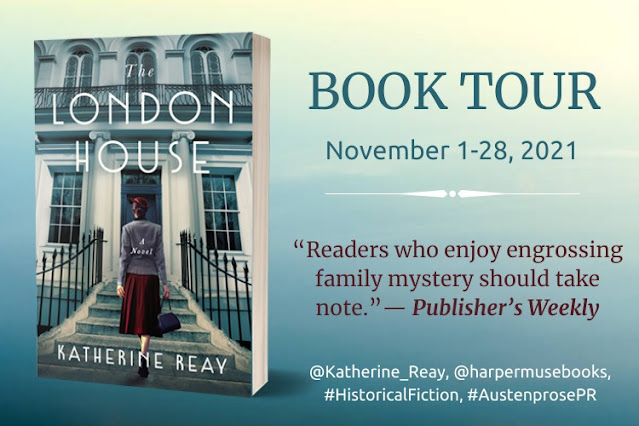 The London House by Katherine Reay

Book Description: Uncovering a dark family secret sends one woman through the history of Britain’s World War II spy network and glamorous 1930s Paris to save her family’s reputation.

Caroline Payne thinks it’s just another day of work until she receives a call from Mat Hammond, an old college friend and historian. But pleasantries are cut short. Mat has uncovered a scandalous secret kept buried for decades: In World War II, Caroline’s British great-aunt betrayed family and country to marry her German lover.Determined to find answers and save her family’s reputation, Caroline flies to her family’s ancestral home in London. She and Mat discover diaries and letters that reveal her grandmother and great-aunt were known as the “Waite sisters.” Popular and witty, they came of age during the interwar years, a time of peace and luxury filled with dances, jazz clubs, and romance. The buoyant tone of the correspondence soon yields to sadder revelations as the sisters grow apart, and one leaves home for the glittering fashion scene of Paris, despite rumblings of a coming world war.Each letter brings more questions. Was Caroline’s great-aunt actually a traitor and Nazi collaborator, or is there a more complex truth buried in the past? Together, Caroline and Mat uncover stories of spies and secrets, love and heartbreak, and the events of one fateful evening in 1941 that changed everything.In this rich historical novel from award-winning author Katherine Reay, a young woman is tasked with writing the next chapter of her family’s story. But Caroline must choose whether to embrace a love of her own and proceed with caution if her family’s decades-old wounds are to heal without tearing them even further apart.

My thoughts:   A common phrase comes to mind when I  think about this book.  "Appearances may be deceiving."   All is not as it appears in the Payne family.  A family secret was buried that was scandalous.  A prominent family in Britain had a daughter who was accused of being a traitor in WWII.  Her twin sister decided to tell her son that she died of polio.  As secrets become uncovered a family is torn apart.

The story follows two sisters, Caroline and Margaret, who happen to be twins.  They don't keep secrets from each other, at least that is what they think.  Caroline goes to France before Hitler invaded and is accused of having an affair with a Nazi and being a traitor.  Years later, the accusations come to light, and Caroline's namesake is determined to discover the truth in the middle of the secrets.

I wasn't sure what I was going to think going into this book.  It is fascinating.  I love the genealogy aspects and well as Caroline's research into the past.  She travels from her home in the United States to London to study letters and diaries of the twin sisters.  There is so much more to the story than what she has been led to believe.

This book is one that I am grateful that I read.  It helped me envision France before they were pulled into WWII.  I can't imagine the amount of research that Katherine Reay put into this story.  I am glad that she did!  This book felt authentic and that the characters could have come from the early 20th century.

Online Purchase Links:
AMAZON | BARNES & NOBLE | BOOK DEPOSITORY | BOOKSHOP | GOODREADS | BOOKBUB
About the Author:   Katherine Reay is the national bestselling and award-winning author of Dear Mr. Knightley, Lizzy and Jane, The Brontë Plot, A Portrait of Emily Price, The Austen Escape, and The Printed Letter Bookshop. All Katherine’s novels are contemporary stories with a bit of classical flair. Katherine holds a BA and MS from Northwestern University, graduating Phi Beta Kappa, and is a wife, mother, former marketer, and avid chocolate consumer. After living all across the country and a few stops in Europe, Katherine now happily resides outside Chicago, IL. 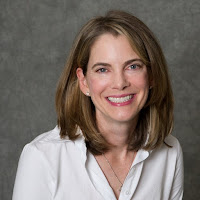 “Carefully researched, emotionally hewn, and written with a sure hand, The London House is a tantalizing tale of deeply held secrets, heartbreak, redemption, and the enduring way that family can both hurt and heal us. I enjoyed it thoroughly.”— Kristin Harmel, New York Times bestselling author of The Forest of Vanishing Stars and The Book of Lost Names

“An expertly researched and marvelously paced treatise on the many variants of courage and loyalty . . . Arresting historical fiction destined to thrill fans of Erica Roebuck and Pam Jenoff.”— Rachel McMillan, author of The London Restoration and The Mozart Code

“Reay’s fast-paced foray into the past cleverly reveals a family’s secrets and how a pivotal moment shaped future generations. Readers who enjoy engrossing family mystery should take note.”— Publisher’s Weekly
Posted by Bookworm Lisa at 4:06 PM